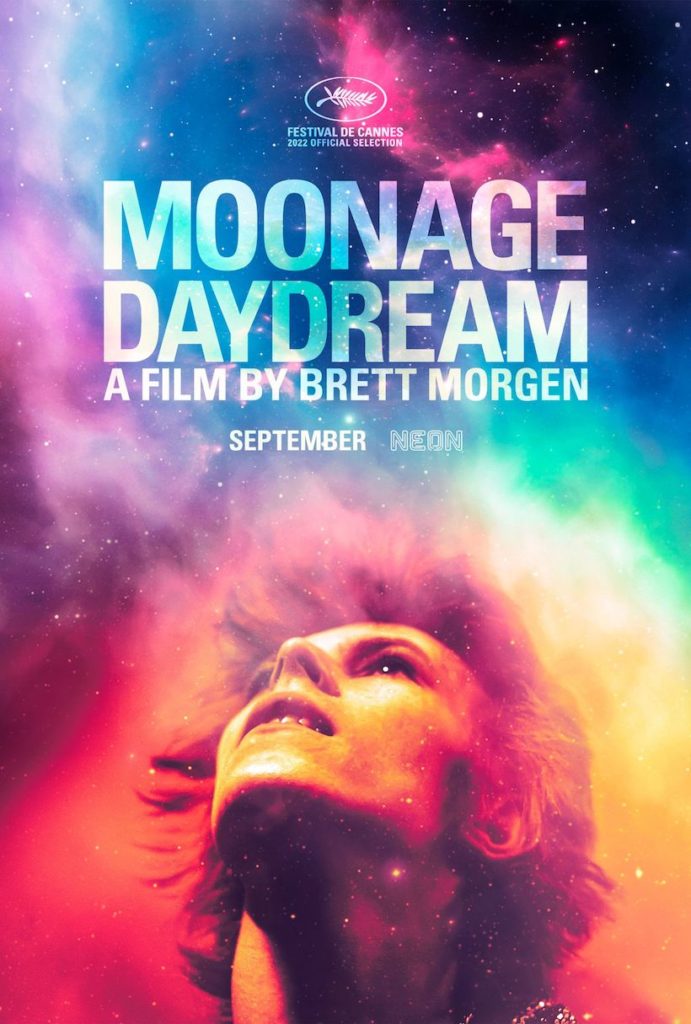 1. I’m a bit biased on this one after meeting the Thin White Duke in The Baggot Inn back in the day, so forgive me.

2. This is the first teaser trailer for Moonage Daydream, a new film about David Bowie that is neither biopic nor documentary.

3. Footage shows Bowie emerging on-stage in the Ziggy Stardust era, before Bowie recites a passage from Mr. Rice’s Secret, a film in which he starred in 1998: “It’s what you do in life that’s important, not how much time you have,” he says over rousing music.

4. Moonage Daydream, which premiered at Cannes Film Festival this month and was approved by Bowie’s estate, features unreleased 35mm and 16mm footage from David’s personal archives.

7. Last November, Variety reported that the film would be “neither documentary nor biography, but an immersive cinematic experience built, in part, upon thousands of hours of never before seen material,” citing a source. It was also reported that Tony Visconti, Bowie’s longtime producer, served as the film’s music producer.

Andy’s verdict: He Is A Hero! 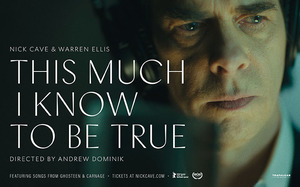 2. In this document of their first ever performances of these albums, filmed in spring 2021 ahead of their UK tour, we see the two, accompanied by singers and string quartet, as they nurture each song into existence.

4. Shot in colour with cinematography by Irishman Robbie Ryan, this is a companion piece to Dominik’s monochrome Cave doc One More Time with Feeling (2016).

5 It reaches into the deep friendship and personal relationship between Cave and Ellis, something glimpsed in the 2014 Cave pseudo-documentary, 20,000 Days on Earth.

6. The film will prove to be another significant moment in the journeys of Nick Cave and Warren Ellis ( who is a genius!), capturing the mood and spirit of the pair as they move through a new, optimistic phase following the death of Cave’s son.

7. Desperately poignant after the recent death of Cave’s second son. 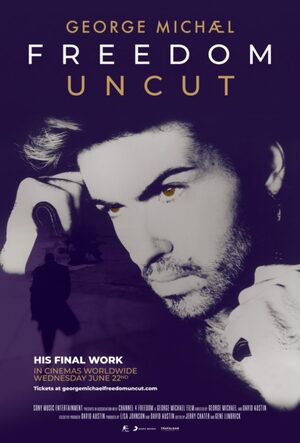 What You may need to know.

1. George Michael: Freedom Uncut is described as Michael’s “final work”, and the late musician is credited as a co-director on the film along with David Austin.

3. Freedom Uncut chronicles the tumultuous — yet creatively fruitful — period of George’s life and career following the release of his 1987 solo debut, Faith, through the creation and release of 1990 follow-up, Listen Without Prejudice, Vol. 1.

4. Along with documenting his creative efforts during this period, the doc will also explore his relationship with Anselmo Feleppa — who died from AIDS-related complications — as well as the death of George’s mother.

5. The film will feature an array of footage and photos from Michael’s archive, as well as never-before-seen footage from the “Freedom! ’90” video, directed by David Fincher. 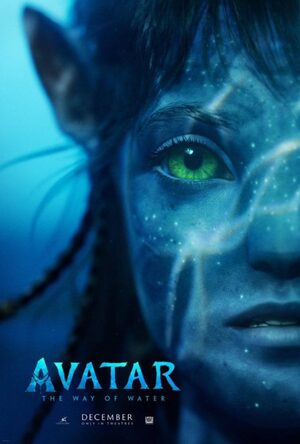 5. The addition of three more sequels (to the first one) and the necessity to develop new technology in order to film performance capture scenes underwater, a feat never accomplished before, led to significant delays to allow the crew more time to work on the writing, preproduction, and visual effects.

6. Preliminary shooting for the film started in Manhattan Beach, California, on August 15, 2017, followed by principal photography simultaneously with Avatar 3 in New Zealand on September 25, 2017; filming concluded in late September 2020, after over three years of shooting, despite production being interrupted due to the COVID-19 pandemic. 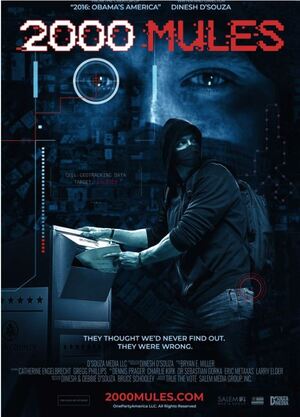 2. If you must, his name is Dinesh D’Souza, bestselling conservative author, ardent Trumpian and filmmaker considered a ‘right-wing Michael Moore‘.

2. The 2020 US Presidential Election result remains rife with claims by the Republican Party of fraud by the Democrat Party.

3. Many US states have laws allowing people to return completed mail ballots on behalf of others, such as family members, in ballot drop boxes scattered around polling districts.

4. A mule is a criminal delivery person, who physically takes a sack of ballots provided by shady NGOs and political machines, dumps those ballots in collection boxes throughout a voting district.

5. Do enough of this, and you have planted voter fraud across a nation.

6. With eyewitness testimony and geotracking, D’Souza claims an already corrupt system was taken over and supercharged by national-level operatives to produce a fake result.

Release: May 7. Available to rent on YouTube and some other streaming services. Not available on Netflix. 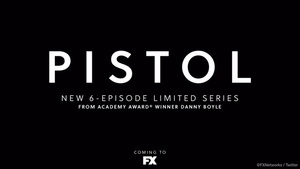 1. The Sex Pistols cook up an explosive concoction of incredibly marketable anarchy for a disaffected generation in these new short trailers for Danny Boyle’s Pistol.

2. The FX limited series will make its streaming premiere in full on May 31, exclusively on Hulu in the U.S.  Disney+ will host all six episodes in other territories.

4. At its center is a young, charming, illiterate, kleptomaniac – a hero for the times – Steve Jones, who became in his own words, the 94th greatest guitarist of all time.  The story follows Jones’ often-harrowing 2017 memoir Lonely Boy: Tales from a Sex Pistol.

5. First announced last March, Pistol received heavy pushback from Johnny Rotten, born John Lydon, who referred to the series as “the most disrespectful shit I’ve ever had to endure” and threatened legal action against what he considered to be an unauthorised series.

6. On the basis of a licensing agreement established in 1998, Jones and Cook went after Lydon after he refused to grant FX permission to use the band’s music in Pistol, despite the “majority rules basis” the agreement lays out.

7. John Lydon sold his rights to control the use of these songs in the 1990s in return for money, Jones and Cook said in a statement. The majority rule agreement existed as a result – so no outside party could dictate the use of the band’s music.

8. According to the two members, Lydon was offered meetings with Boyle and showrunner Craig Pearce but declined to be involved. 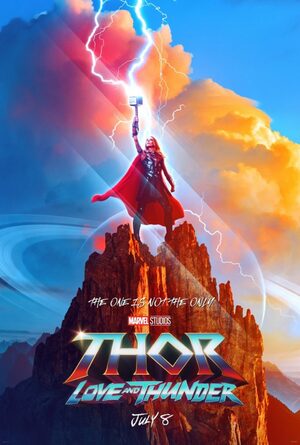 1. Thor: Love and Thunder is remarkable for a few reasons, and there’s plenty for fans to get excited about. Now that the delays are firmly in the past.

2. This charts new territory for the MCU, as it is the first time a character will have had four standalone movies to themselves.

3. Chris Hemsworth is Thor once more, reuniting with director Taika Waititi and Natalie Portman’s Jane Foster. If you recall, Jane was not in Thor: Ragnarok (2017), and her absence was explained in the awkward confirmation that she had dumped Thor. Maybe Thor: Love and Thunder will explain why?

4. And yes, she will get to wield Mjölnir.

5. Tessa Thompson is back as Valkyrie, in her new role as the leader of New Asgard after Avengers: Endgame (2019) saw Thor head off into space with the Guardians of the Galaxy (great Movie btw and brilliant soundtrack!).

6. Christian Bale, meanwhile, plays an unspecified “villain“, Russell Crowe appears in a cameo as Zeus, and singer Jenny Morris is in an unconfirmed role.

7. Matt Damon is also reprising his role as an Asgardian thespian alongside Sam Neill and Luke Hemsworth. New to the  troupe is Melissa McCarthy playing actress Hela (her real-life husband Ben Falcone is also cast in an undisclosed role, though we have to imagine he’s part of the troubadour group).

9. Other returning cast members could include Tom Hiddleston‘s Loki and Mark Ruffalo as Professor Hulk, but the only other one we’re confident of is Waititi’s once again voicing fan-favourite Korg 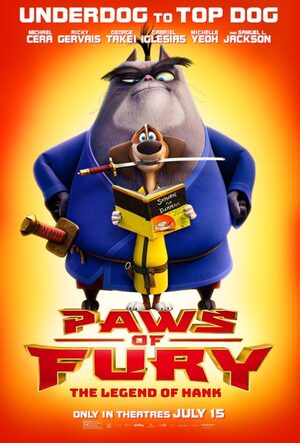 1. A glimpse into Paramount’s new mammalian Samurai film and a preview of the film’s star Samuel L. Jackson‘s skills as a feline impersonator.

2. Paws of Fury tells the story of a down-and-out dog named Hank, voiced by Michael Cera, who finds himself in a town filled with cats. In need of guidance, Hank comes across a famous but reclusive Samurai instructor, voiced by Jackson, who will teach him what it takes to be a Samurai.

3. And just in time, as the town of cats is soon threatened by a villain (voiced by Ricky Gervais),  who hopes to wipe the small town off the map entirely.

4. Hank will have to sharpen his fighting skills and learn to work with his feline neighbors to fight off the impending threat. One hitch, however — cats hate dogs, Hank included.

5. Memorable Jackson quote: “What the mother father cocker spaniel is going on here?!” 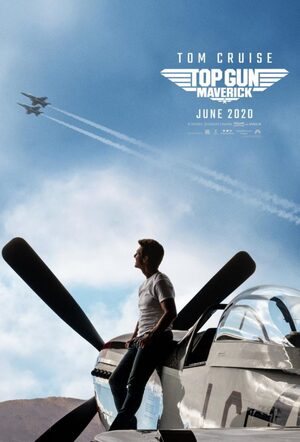 1. Top Gun 2, aka Top Gun: Maverick, is almost here after what has felt like endless delays for even the most patient of fans.

2. At one point, the sequel was set to come out in July 2019, but now it seems to definitely be flying into cinemas in May 2022, after 30 years a few more months won’t make that much difference?

3. According to The Wall Street Journal, both Netflix and Apple asked Paramount if the studio would sell the movie to them for a streaming debut.

4. Tom Cruise is back in the pilot’s seat as “Maverick”, while Val Kilmer reprises his role as Tom “Iceman” Kazansky.

5. Director Joseph Kosinski is keeping tight-lipped over how their relationship has changed in the intervening years though.

6. Alongside them are some new faces, including Miles Teller (Whiplash, Fantastic Four) as “Rooster”, a pilot trainee and the son of Maverick’s late best friend “Goose”.

7. Jennifer Connelly is the female lead, playing a single mother who runs a local bar near the Navy base

8. Kelly McGillis is not returning as Charlotte Blackwood, aka Charlie, as producer Jerry Bruckheimer told Total Film, her arc was “left back in the arc”

9. After more than 30 years of service as one of the Navy’s top aviators, Pete ‘Maverick’ Mitchell is where he belongs, pushing the envelope as a courageous test pilot and dodging the advancement in rank that would ground him.

10. When he finds himself training a detachment of Top Gun graduates for a specialised mission the likes of which no living pilot has ever seen, Maverick encounters Lt Bradley Bradshaw, call sign ‘Rooster’, the son of Maverick’s late friend and Radar Intercept Officer Lt Nick Bradshaw, aka ‘Goose’.

11. Facing an uncertain future and confronting the ghosts of his past, Maverick is drawn into a confrontation with his own deepest fears, culminating in a mission that demands the ultimate sacrifice from those who will be chosen to fly it.

Andy’s verdict: I Feel The Need…

Release: In cinemas May 27. 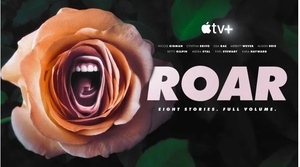 1. Apple TV+’s Roar, starring and executive produced by Nicole Kidman, is based on Cecelia Ahern’s book of short stories of the same name.

4. The series, will feature eight, half-hour episodes, each told from a female point of view.

5. Among them are the following:

Gilpin will play Amelia, a woman so strikingly beautiful that her husband builds her a shelf to sit upon in their home.

Syal will play Anu, a woman stuck in a lackluster marriage who decides to shake up her life and return her husband to the very store she first purchased him from.

Stewart will play Jane, an angsty teenage girl who loves horses and doesn’t love much of anything else these days; she embarks on a revenge journey when her father is murdered.

Hayward will play Millie, the preacher’s daughter and Jane’s childhood friend — the last person you’d want to bring on a revenge journey with you.