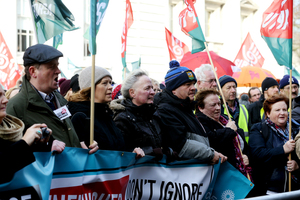 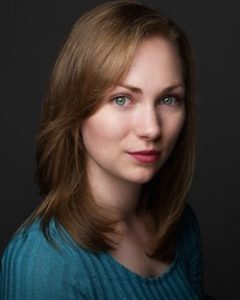 This protest  was part of a continuous campaign against the Government’s refusal to implement the 2008 Labour Court Recommendation 19293 to provide occupational pensions for Community Employment Supervisors and Assistant Supervisors.

The Community Employment programme offers the opportunity to people who are unemployed or disadvantaged to partake in community-based work.

It is designed to upskill the worker with the intention of increasing their employability after they leave the scheme. You must be at least 21 years of age to apply and be in receipt of a social welfare payment.

There are approximately 1250 Supervisors and Assistant Supervisors managing 900 Community Employment schemes in different communities around the country.

For almost 30 years, they have been offering services in areas such as Meals on Wheels, Tidy Towns, disability services, family resource centres, youth centres and sports and recreation.

The Department of Employment Affairs and Social Protection (DEASP) oversees CE schemes. They provide financial support (including supervisors’ wages and employer PRSI) and have final say on the approval of new schemes.

Participants of Pauline’s scheme provide services to “hundreds” of young people such as after school homework clubs, outdoor activities and teenage information centres where access to computers is provided

Each Community Employment participant takes child protection training and they work alongside a qualified youth worker. She says: “It means that the youth services can interact with more teenagers and young people”.

She also says that in Gurteen Youth Club, Community Employment “increases the services that the youth services can provide [and] they can reach more of the target groups”.

As well as year-round services, Gurteen Youth Club Community Employment runs a summer camp for children aged 5 to 12 years old for the entire month of July.

Pauline says that due to difficult circumstance at home, for a lot of the children in the area “this would be the only kind of recreation the parents could afford in the summer”.

“At the moment the Department of Social Welfare [DEASP] don’t seem to be referring people to us,”: says Pauline, who  has approval for 21 participants on her scheme but currently has only 15. She says:“If our numbers continue to drop, that’s a service that the people in the area are going to lose”.

Last year, everyone on Pauline’s scheme went into subsequent employment. “We had 100% employment”.

Susan O’Donnell is a Boston native who moved to Ireland 20 years ago. She joined a Community Employment scheme in Oranmore, County Galway in 2011 for 3 years.

While on the scheme, Susan went on a number of QI (Quality Improvement) courses including one in payroll and one in quickbooks. She says:

“I have these qualifications now and it really helped me getting other jobs. Jobs that I wouldn’t have applied for before because I wasn’t confident enough, I now apply for”.

The participants on Conor’s scheme maintain the community centres, take care of local GAA pitches, paint derelict buildings in the town and help to take care of the Tidy Towns for Oranmore.

Susan admits that a lot of the people who apply for Community Employment schemes suffer from isolation. “Even for me. I’m not shy or anything but I was getting housebound”.

Susan is now working for a small construction company. She met her current employer while working on the Community Employment scheme in Oranmore. “He was looking for a secretary because his was retiring and he remembered me and was like ‘She’d be perfect for the job’”.

Susan regrets that her former supervisor is still engaging in industrial action such as last Friday’s strike: “I do feel bad that he’s in that predicament. I hope that they get something out of this”.

Since Monday February 17, industrial action has continued for Community Employment Supervisors and Assistant Supervisors in their plight for an occupational pension.

They are not engaging with the Department of Employment Affairs and Social Protection during this time. This action is due to continue until a resolution is found.

Bethany Langham is a Galway-born, Dublin-based video and broadcast producer. She is currently doing a part-time masters in journalism and media communications.