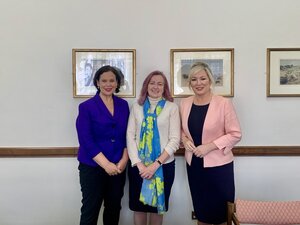 Crucial that we in Wales strengthen our historic bond with Ireland as they enter a new exciting chapter pic.twitter.com/B8hvtdLxgS

“Democracy has to rule in the end.”

Sinn Fein President Mary Lou McDonald says an executive must be formed in Stormont with “no ifs, no buts, no conditionality, and no unionist veto”.

Sinn Fein’s Mary Lou McDonald and Michelle O’Neill did not mince their words, and made clear Boris Johnson’s series of meetings with political leaders had got off to a “rocky start”.

They accused the prime minister of attempting to placate the DUP by bringing forward legislation to override the very treaty Mr Johnson himself signed with the EU – describing it as “scandalous”.

The Taoiseach has said that the only way to resolve the issues over the Northern Ireland Protocol is through "substantive talks" between the EU and the British government | https://t.co/tkxoAzGcXq pic.twitter.com/C3rLqcO6oh

The Dáil will tonight vote on a Sinn Féin motion seeking to scrap upcoming restrictions on the commercial sale of turf https://t.co/tRKWrgVYht

The issue is causing great unease among TDs from rural constituencies in both Fianna Fáil and Fine Gael.

In a robust exchange of views at meetings with each of those parties yesterday, Minister for the Environment Eamonn Ryan insisted that the regulations will focus only on the large-scale commercial sales and not on the traditional use of turf in rural areas.

However, those words have not reassured many in Fianna Fáil and Fine Gael who already rejected a proposal to allow the sale of turf in small communities with a population of less than 500 people.

…Despite the concern of government TDs, it is not expected that they will break ranks with the Coalition in tonight’s vote. 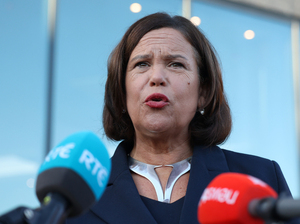 Legislation that would force social media companies to reveal the identity of anonymous trolls has been introduced to the Dáil by Sinn Féin. The Social Media Platforms (Defamation Amendment) Bill would hold a company accountable for defamation if they failed to or refused to divulge the identity of an account holder who made defamatory statements on their platform.

The Bill, put forward by Sinn Féin’s justice spokesperson Martin Kenny, passed through the first stage of the Dáil yesterday and will be debated by TDs at second stage.

Mr Kenny said he hoped the Government would support the legislation and would bring it through the Oireachtas “as quickly as possible”.

“I feel it is the right thing to do for ourselves here [in Leinster House] and for everyone else in society and many people across the country who have been victims of similar [online]attacks in the past,” he said.

“It is important that we get this piece of legislation through.”

“The Responsibility of Social Media Platforms (Defamation Amendment) Bill 2022, sets out to amend the Defamation Act 1961 to allow judgments of defamation to be made against social media platforms on which defamatory utterances are made when the social media platform in question is unable to produce the identity of the person who made the utterances and to provide for related matters.

“As we know, there are anonymous people online who sometimes attack, defame and intimidate people. This Bill proposes a change to civil law to allow the person who is the victim of such defamation to take a case against the person who has primary responsibility, that is, the person who uses his or her keyboard or phone to type the defamatory material.

“While it might seem peculiar, I have some sympathy for the social media platforms when they say they are not publishers because they do not have the same editorial oversight as the publisher of a normal publication such as a newspaper.

“That does not exist with social media because it is instant. When somebody puts something up, it is online instantly. There is a difficulty there. The best we have been able to do up to now has been to ask people to take such material down. With this legislation, we are trying to ensure that social media platforms will not be too lax to know who is behind an account.

“They will have to be able to identify such people clearly and to provide that information to a person who has been defamed.

“If a social media company is unable or unwilling to provide such information, it will then be held liable for the defamation. This will put an onus on such companies to keep to an absolute minimum the number of accounts of this nature, accounts that people can hide behind.”

Neale Richmond, Fine Gael TD responded: “The fact that this is coming from Sinn Féin is utterly ironic.

“In advance of the publication, I do hope Sinn Féin themselves have taken a genuine look at the approach of their supporters to social media.”

Bundoran councillor, Michael McMahon, has launched a stinging attack on the group of members of the travelling community who have arrived in the town in recent days from outside the area. He says it’s a flagrant breach of the Covid 19 restrictions in place and the matter needs to be dealt with by the authorities. 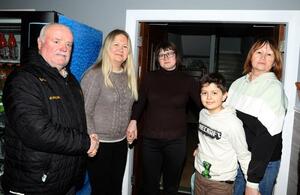 Bundoran  received the first group of Ukrainian refugees, who arrived in the seaside resort….The first busload of what are expected to be about 60 refugees arrived in rainy conditions and are staying at a number of different premises.

County councillor Michael McMahon who was one of the first people to greet the arrivals said that it was a sad situation to be offering the hand of friendship in such trying circumstances. But he was glad that the town had reached out to help those in need.

Where are the overnight modular homes for 10k homeless people?

Govt to build houses overnight for Ukranians, who like the homessless here have nothing! #HousingCrisis pic.twitter.com/xsASrhf6sR 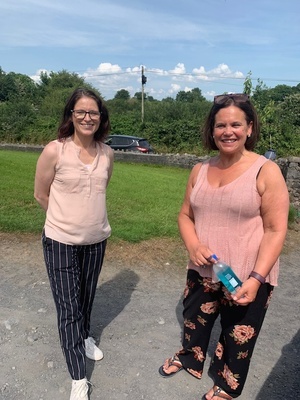 “I believe that the administrative side to the party and the organisers wanted me to stand down and have been actively seeking this through gaslighting measures and what can only be described as psychological warfare.

“I have tried to force the comradery and on many occasions, I informed them of the impact of their actions on my personal wellbeing and my work but it was to no avail.

“I am supposed to be on some form of maternity leave and I asked Sinn Féin for someone who would be experienced enough to act as office manager.

“As it transpired, I got a prominent member of Sinn Féin who is getting paid for a 41 hour week plus overtime but actually only works two-and-a-half days/three days of the week.

“My unplanned pregnancy was also a further stick to beat me with and I am truly concerned for women who may want to come forward for Sinn Féin in the future, in Clare.

“I feel I have been isolated and steps have been taken to ensure that I would face greater difficulties, locally.

“I have battled with the party for many months now trying to avoid this course of action as I wholeheartedly believed in them.

“My membership has become untenable knowing that what we see is not what is experienced on the ground and therefore I cannot be the only one who is experiencing, or will experience, such difficulties in the future.”

Violet-Anne Wynne, TD for Clare. who recently gave birth to her sixth child

In statement on Friday morning, Sinn Féin said it “so very sorry” that Ms Wynne has decided to leave the party. The party’s deputy whip Denise Mitchell said Sinn Féin had been working to resolve “challenges at constituency level” over the last two years.

…In a statement through the Sinn Féin press office, Ms Mitchell said: “I am so very sorry to hear of Violet-Anne’s decision this morning. Violet-Anne was a valued member of the Sinn Féin Oireachtas team.

“The party worked extremely hard over the last two years to resolve challenges at constituency level. That work was continuing.

“Violet-Anne has welcomed a new baby girl to her family and is currently on maternity leave. We had hoped to continue in our efforts to resolve constituency issues when she returned.

“Unfortunately, Violet-Anne has now decided to leave Sinn Féin. We wish her and her family the very best for the future.” 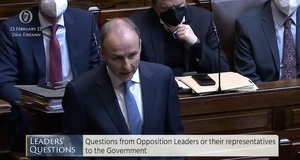 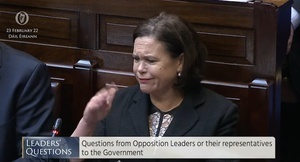 …Taoiseach Micheál Martin said Sinn Féin is the last party that can talk about corruption given the campaign of “murder and mayhem” it supported in Ireland.

“Go away outta that” 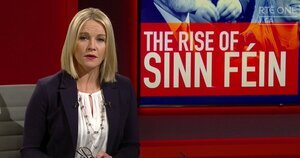