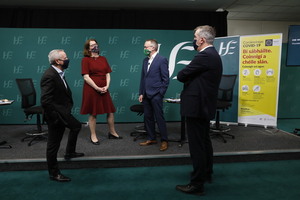 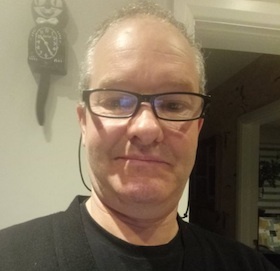 An American friend of mine said to me once: ‘Opinions are like assholes, everybody’s got one.’ There is no time like the present in respect of the validity of that little crass assertion.

Before Covid I believed that there were things called: truth, science and belief. Truth was a definite and independent thing, a place one could approach and occasionally arrive at. Science was the method or the path that leads one to the truth. Beliefs on the other hand, these were the notions or ideas that people held about things that Science had no definite answers for. Some of our beliefs are scientifically valid, and some are not.

That was my world-view and it was rather simple. If Scientific answers could be reproduced by experiment, they became truths or at least they became my truths. Science cannot give me answers in respect of God. It cannot rule Him in, nor can it rule Her out; as such I feel free to believe in a sort of God; a Judaeo-Christian sort of God, one who is everything, who is fat and happy like the Buddha.

However when Science becomes an asshole and everyone has a ‘Science’ what then happens to truth? The Science of Covid becomes individualised, everybody can have a different Science that brings us to many many different truths. Masks work, masks don’t work. Vaccines are safe, vaccines are dangerous. Lock-downs are helpful Lock-downs are harmful etc.

As Gaybo used to say ‘there is one for everyone in the audience’. Perhaps it has always been that way? Perhaps there were always lots of different and conflicting Scientific answers, and that it simply takes time for the best ones, (the most Scientific of the Scientific answers), to simply rise to the top, perhaps?

Yet in medicine we can’t afford to have lots of different ass-holes. There must be one Science and that Science must be based upon the best available evidence. Therefore in Medicine we have another type of Science, the ‘Proctologist’ of Science! The asshole checker! The Science that checks all the ‘Science’ and decides which Science is ‘evidence based’. So we medics have a Science of checking scientific assholes, and its called the Science of Evidence Based Medicine.

And that’s important, because although in my own twenty years of practising medicine I have never encountered an evidence based ‘individual’ human-being, I do need to be able to know what treatments have the most evidence? Which are the most scientific, and are most likely to illicit a TRUE cure? To answer this question I must trust in the Science of Evidence Based medicine.

Many years ago when I was an Intern and a Junior Doctor on the hospital rounds, I carried a book in the pocket of my grubby white coat. It is called the Oxford Handbook of Clinical Medicine. Almost every Doctor in the English Speaking world will be familiar with this little book as almost all will at one time or another, have carried it about in the pocket of their white coat.

When Covid- arrived in Ireland in early 2020, I was dismayed at how Nursing Home residents were being treated. The policies of withdrawing testing for several weeks, of dumping untested hospital patients into the sector, prescribing only palliative meds, unavailable oxygen tanks, PPE. Encouraging GPs not to transfer them to hospital, and have their families sign DNR requests etc., all of it was horrific third-world stuff.

Normally in the average 40-50 bed Nursing Home 2-3 people will die each year. To have 14 people die lonely Covid deaths in the space of 2 months, to face families denied access to their loved ones, was harrowing. Yet it was all part of the guidelines. I followed the guidelines, I deprived my patients of drugs that might have saved their lives, and after I had watched so many die, so too did my faith in the guidelines.

The guidelines were, and are, not evidence based medicine, they are born of ineptitude and fear.

For my sins, before I became a Physician I was a Microbiologist and during my Studies at TCD I took a class in Electron Microscopy, the Science of photographing small things like viruses, for example. I don’t remember much of the class but I do remember that viruses are very very small. Too small to be filtered by paper masks, and certainly too small to be removed by cloth masks or plastic visors.

When these became compulsory, I thought to myself that this would be the straw to break the camel’s back. My little book of evidence-based medicine would rule the day, and Science was going to awaken the masses!

Imagine my delight when the head of the Department of Evidence Based Medicine at Oxford University addressed the Government’s Dail Committee on Covid-19 in August 2020, on the very subject of masks. I watched with calm relief as Professor Carl Heneghen explained to our TD’s that masks are of ‘no benefit to the general public‘ and are ‘more likely to cause harm than good‘, at least according to the best available scientific evidence.

And so I waited for the tower of sticks to come crashing to the ground. Science and evidence based medicine had spoken.

But nothing happened, the Minister was too busy to attend the hearing, and great mass of people seemed to care as much about evidence based medicine, as they cared about the dead bodies in the nursing homes?

And then came the vaccine, and for the first time in the history of medicine myself and my colleagues were asked to vaccinate young healthy people against a disease that is of no serious harm to them. I read the Science behind novel genetic vaccines, the risks and the dangers, and I shudder in disbelief.

I turn to the CSO and read that in Ireland although 70k young people between the ages 0-24yrs have been infected with Covid, and their infections confirmed by PCR testing, there are NO recorded confirmed deaths in this age group?

And I ask why? Why are they being vaccinated? Where and what is the evidence or the Science? I am fearful of its side effects and its potential to cause cancer. I resign my own practice so that I won’t be compelled to administer it. I publish a paper on the subject, yet even some of my young healthy friends and co-conspirators eagerly join the queue?

Occasionally in history, Science ceases to be a path to the truth. It becomes instead, a means to confirm the beliefs of a majority. If the majority fear Covid, Science must give them a Covid that is worth fearing. If they fear Jews or believe in Apartheid, Science must act accordingly.

Truth is neither defined nor refined by Science. It is defined by what the majority believe at a given moment in time. What people fear even more than a virus, is not fitting in, not belonging to the herd.

Science is simply an asshole and everybody has one of those.

Dr Marcus de Brun is a practicing GP in Dublin. He holds qualifications in Medicine, Microbiology and Philosophy. He holds Memberships of the Irish College of General Practitioners and The New Zealand College of General Practitioners. In April 2020, Dr de Brun resigned his Ministerial appointment to the Medical Council of Ireland, in protest at the Government’s handling of Nursing Homes during the Crisis.