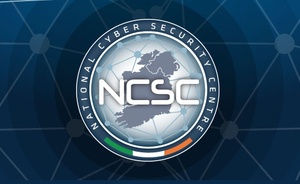 Two days after Christmas day, the Department of Communications, Climate Action and the Environment published the National Cyber Security Strategy that outlined how the government plans to protect the state against cyber crime.

In case you were doing something else that day and didn’t get the chance to read it, here’s what you may need to know.

1. In September 2018 the Comptroller and Auditor General reported that “The overall strategic direction of the National Cyber Security Centre is not clear. There is no strategic plan currently in place.” The C&AG also questioned whether the body was sufficiently funded. Fast forward to the final days of 2019 and the publication of the strategy covering 2019-2024.

2. The report identifies 20 measures intended to “to protect our nation, to develop our cyber security sector, and to deepen our international engagement on the future of the internet.” These measures cover the areas of National Capacity Development, Critical National Infrastructure Protection, Public Sector Data and Networks, Skills, Enterprise Development, Engagement and Citizens.

3. The measures will impact all government departments and requires specific input from a further eight as well as all of the following stakeholders; the National Cyber Security Centre, the National Security Analysis Centre, the Office of the Government Chief Information Officer, the Office of Public Works, An Garda Siochana, the Defense Forces, the Central Bank, COMREG, the Commission for Regulation of Utilities, the Irish Aviation Authority, the Office of the Attorney General, the Office of Emergency Planning, the Centre for the Protection of National Infrastructure UK, Telecoms Operators, Skillnets, SOLAS, the Government IT Security Forum, Science Foundation Ireland, Cyber Ireland and Enterprise Ireland. They’ve totally got this, we’ll be fine.

4. Four types of cyber risks are identified. (i) Strategic Risks that include threats from rogue actors and the risk that comes from hosting over 30% of all Europe’s data. This risk extends beyond just the data centres to include the infrastructure that supports them, both public and private. (ii) Hybrid Threats, which are defined by the EU as “combining coercive and subversive measures, using both conventional and unconventional tools and tactics (diplomatic, military, economic, and technological) to destabilise the adversary.” (iii) Risks to Critical National Infrastructure and Public Sector Systems and Data (see point 5). (iv) Risk to Citizens and Business including phishing scams and cyber crime.

5. The report gives special credence to Critical National Infrastructure (CNI) across seven named sectors (energy, transport, drinking water, banking, financial markets, healthcare and digital infrastructure). Seventy ‘Operators of Essential Services’ have been identified and are subject to a formal set of security requirements and are obliged to follow a predefined reporting process when in the event of a security breach. The NCSC has enforcement powers and can conduct security assessments and audits in 5 of the 7 identified sectors.

6. One thing the report does well is to break down each of the 20 measures into their component parts, identify each component’s owner and stakeholders and put a timeframe on each task’s completion. There are 50 tasks scheduled for completion this year, 12 of them due to be completed by the end of March. Time will tell.

Kieran’s verdict: The report, much like all cyber security, feels reactionary. It will always be a barn door closing industry, but the target of training a 5000 strong army of security personnel over the next three years should help to keep a few horses in their stables.

1. The Commodore 64 was first released in 1982 and went on to earn the Guinness Book of Records world record as the highest-selling computer of all time. It also held the record for the longest time for games to load, probably.

2. In 2018 the C64 Mini was released. Half the size of the original, it came preloaded with 64 classic games and plugged straight into the telly but it had a fake keyboard. If you wanted to practice your Basic programming skills you had to plug in a USB keyboard.

3. Now a full size replica of the original is available with working keyboard and an improved joystick. It’s a lovingly created facsimile, right down to the font and PETSCII characters on the keys.

4. Some of the preloaded games have been copied over from the C64 Mini and some new ones have been added, but most are obscure titles. If you want to play The Last Ninja, Bubble Bobble, Maniac Mansion, Emlyn Hughes International Soccer, Ghostbusters or Barry McGuigan World Championship Boxing you’ll have to download and install them the old school way (LOAD”*” ,8,1).

5. And that’s the problem. If you want to play old school games, just add an emulator to your PC, Android or even a Raspberry Pi. There’s no reason to plug a large, plastic, mostly empty box into your TV beyond a nostalgic pining for 8-bit games.

Kieran’s verdict: Emotional attachment to the games from your childhood, much like the Commodore 64, is something best left broken and gathering dust in your mam’s attic. Not sure what to buy for the vitamin D-deficient, monosyllabic, repetitive stress-suffering, online friends but no real life friends-having, working on a screen all day and coming home to relax on a screen all night, no eye contact-making, glaucoma-ignoring, sweatpants-wearing, non team sports-playing, struggles to differentiate between reality and the online world special someone in your life?

It’s not too late to show that you understand with one of these top games from 2019 below.

Maybe just get them vouchers.

Death Stranding (PS4 only for now)

You’re a post-apocalyptic postman with a side gig as an inter-colony wifi technician. A bit like real postmen, you are delivering cargo to decimated colonies following the arrival of destructive creatures from a realm between life and death.

Unlike An Post, you are encouraged to delivery your packages efficiently and with care. Impeding your work are a cabal of porters who are trying to steal your cargo so they can deliver it themselves (UPS in this analogy).

Buy this for: Someone with lots of time to spare.

Short in length, but high in emotion, Sayonara Wild Hearts follows the story of a woman who tries to heal a recent heartbreak by restoring balance to the world. She does this by collecting hearts while sword fighting, having dance offs, riding motor bikes and deer, she sometimes rides a deer.

Each part of the world has its own theme music that aligns with the mood of the main character and which by extension impacts the mood of the player. The game’s input controls are minimalist, just one button and an analogue stick, but there is a third essential input that the game takes – the player’s rhythm.

To succeed you must tune into the patterns in the game’s soundtrack and not the patterns that you see on the screen. Do this right and you’ll align your hand and ear to the point that you don’t memorise the gameplay, instead you feel your way through.

Buy this for: Someone who considers music videos an artform. Somewhere in this game’s studio there are Post-Its on a wall from a brainstorming session where they asked everyone in the building to name what they enjoyed about free-to-play games.

While not creating anything original, Apex Legends raised the bar of every component of free to play games and made an engaging and highly playable version of Fortnight for adults.

Buy this for: Someone who also spent zero euros on your present.

PS: Fortnight is also free to play. If you’re buying a boxed version in-store what you’re really buying is in-game currency. Still a nice present, but that money might be better spent in the real world. On vouchers. Clothes vouchers are probably best, they have enough of those games. .

PPS: If Santa is bringing a console or game this Christmas, make sure he loads it up before the big day or else you could be faced with over an hour of downloads on Christmas morning. If he’s bringing controllers they might need to be charged up too. Happy Gamesmas!