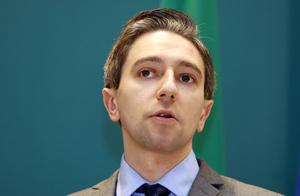 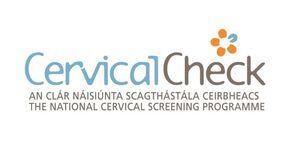 A private meeting arranged on November 16 and scheduled to be held this afternoon between Minister for Health Simon Harris and members of the 221+ support group for women and families affected by the CervicalCheck scandal was cancelled last night at around 8pm.

In a statement, the minister’s office said:

“The minister wants to offer his sincere apologies for the short notice for and indeed for having to postpone this very important meeting, unavoidable due to the significant time commitment required for the passage of legislation on the Termination of Pregnancy Bill in the Seanad. He is required to be in the Seanad all afternoon and this evening up to 10pm.”

One woman Áine, whose sister Orla is very ill and in hospital with cervical cancer, said this is the second time the minister had cancelled or postponed a meeting with Orla or a relative.

She said the first meeting was scheduled for October 18 but this was also cancelled last minute and no meeting has been arranged since.

Another woman Mairead said when the Scally report was released three months ago, the women were told they would have a meeting with the minister. She said the meeting scheduled for today was the first meeting arranged since then.

Another woman Marie, who also has cervical cancer and who is a HSE nurse, said she’s “absolutely disgusted” over the manner in which the meeting was cancelled and that it’s “diabolical” the way they’ve been treated. She said:

“First of all, he told us at 5pm, he was only going to give us one hour and then at five to eight, said it was cancelled.“

Marie said the women who were going to attend the meeting had already prepared their questions for the minister and they had already been sent to him.

would have made things easier for him.

Marie, who was diagnosed with cervical cancer in 2016, found out in May 2018, while having a routine smear test, that she was one of the women affected by the CervicalCheck scandal.

She said she was told that two of her smears had been misread in 2011 and 2013 respectively.

Asked if she which lab misread her smears, she said:

“I don’t know anything because no information has been released to me and I’m not alone in that.”

Marie added that the minister didn’t want the meeting to be made public, to protect the women’s privacy issues.

“We kept our part of that deal, and this has happened now. It’s infuriating.”

“We’re exploited because, as we do want to remain anonymous and maintain our privacy, so we’re an easy target, we’re easy to let down.”

The Health Minister Simon Harris has published the Implementation Plan for the recommendations of the Scally Report on the CervicalCheck Screening Programme.

It sets out 126 actions across areas including women’s health, organisation and governance, laboratory services and procurement, open disclosure, cancer registration, other screening programmes and resolution.