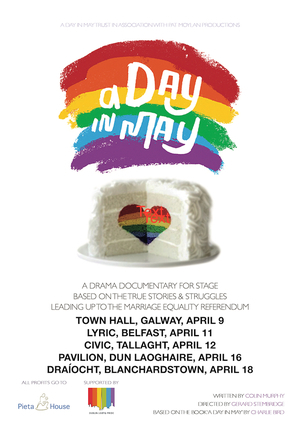 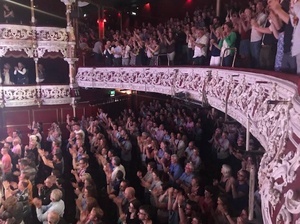 A Day in May

A play about the fight for marriage equality.

By Colin Murphy, directed by Gerry Stembridge and based on interviews by Charlie Bird for his book with Kevin Rafter, A Day in May.

It played in the Olympia, Dublin last June to a rapturous reception (above) and is now coming to Belfast, Galway, Tallaght, Dun Laoghaire and Blanchardstown.

The play takes us from the dark days of 1982 and the murder of Declan Flynn, through decriminalisation and the split in the movement over civil partnership, up to the campaign for marriage equality and #hometovote.

A Day In May