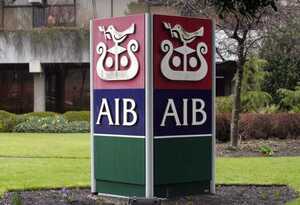 Ireland raised 3 billion euros ($3.4 billion) by selling a quarter of Allied Irish Banks (ALBK.I) (AIB) on Friday in a remarkable turnaround for a company at the forefront of reckless lending during the “Celtic Tiger” boom.

…The initial public offering (IPO) of 25 percent of AIB’s shares at 4.40 euros each was the third largest European bank listing since the financial crisis and the biggest IPO of any kind in London by market capitalization in almost six years.

…In the biggest test yet of investor appetite for the Irish banking sector since the crisis, the AIB shares on offer were four times oversubscribed and sold at the midpoint of an initial 3.90 euro to 4.90 euro range set last week.

The sale price valued the bank at 11.9 billion euros, meaning investors only received a 3 percent discount to the bank’s book value of 12.3 billion euros at the end of 2016 – or 0.97 times tangible book value.