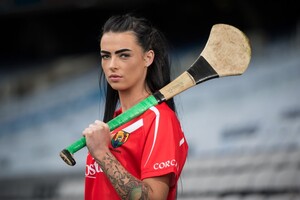 Recently married Ulster and Ireland rugby international Tommy Bowe will tell Ray all about his time at the Rugby World Cup and his plans for the future. Irish comedy rap act Abandoman will join Ray for a chat and a very special performance of their award-winning comedy routine. All-Ireland winning Cork Camogie captain Ashling Thompson will speak honestly about her experiences on and off the field. Fresh from appearing on Jools Holland’s show, Dublin based trad band Lynched will be performing a track from their album “Cold Old Fire.”

Previously: Cork camogie captain discusses depression and urges others not to hide their feelings