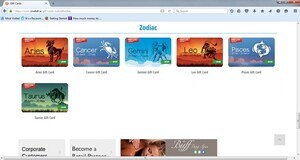 I was looking for a One4All card, and when I checked out the design options on their website I noticed that my own star sign is not an option, along with five others — at least for online buyers…Astrological discrimination by An Post? 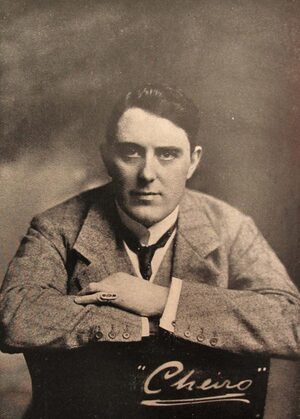 William John Warner, otherwise known as Cheiro, otherwise known as Count Louis de Hamon, born in Bray, Dublin, in 1868. He went on to become one of the most famous and colourful occult figures of the early twentieth century, using palmistry, astrology and numerology to make predictions and inspire hundreds of numerologists and astrologers world-over.

His career began young; acccording to his autobiography, when he was a child, he met Parnell on an omnibus, felt immediately that a woman would be his downfall, and told him this. Parnell replied that he was too busy for women, but Billy knew better and it was the confirmation of his fears by the subsequent Kitty O’Shea scandal that prompted him to spend the rest of his life exploring the occult.

As Cheiro, he numbered among his clients several prime ministers, at least one American President, Mark Twain and Thomas Edison. His professional fees were enormous, and his books best-sellers, but some of his predictions, like this one from the 1920s, were not borne out by subsequent events:-

“In Ireland there will be a civil war between North and South, and the new Irish republic will inflict considerable damage by aeroplane on such cities as Liverpool, Manchester, Birmingham, and the west of England”.

Cheiro subsequently got involved in the motion picture industry (which he correctly foresaw as being very successful) and died in Hollywood in 1936. 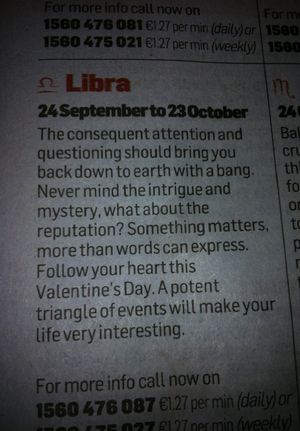