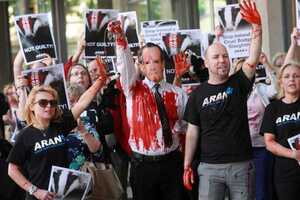 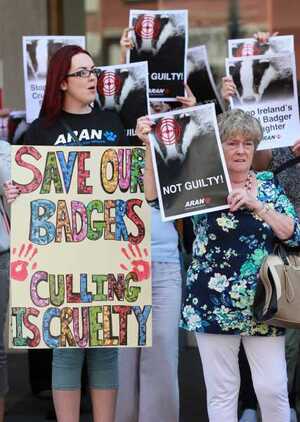 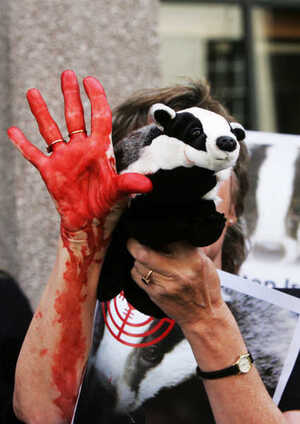 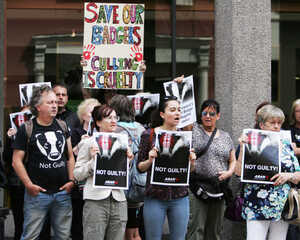 Members of An ARAN (Animal Rights Action Network) outside the Department of Agriculture, Kildare Street, Dublin

The Department is planning to kill 12,000 badgers in what protestors call a “misguide effort” to stop the spread of TB .

“Over the weekend, the Department of Agriculture in Dublin announced plans to slaughter 12,000 badgers in Ireland over the next two years, as part of a “cull” to stop the spread of TB.
But science is on our side when it comes to arguing that a badger “cull” will not stop the spread of TB. In fact, it is the poor, beleaguered badger that will be the real victim here. These iconic Irish animals will be trapped by vicious snares and may be caught in these horrific wire instruments of cruelty for hours or even days, until the ‘contractors’ arrive to shoot the animals dead. Problem solved? Absolutely not.”