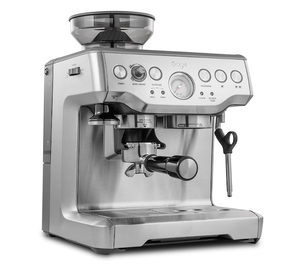 Currys PC World commissioned a survey to find out what appliances people couldn’t live without during lockdown.

With 74% of people saying they attempted to bake during lockdown and 59% saying they drink 2-4 cups of coffee per day, there’s no guessing when it comes to the appliances we’ve been relying on this year.

When it came to lockdown in March this year, it seems people were relying heavily on their coffee machines with more than a quarter of respondents saying it was their hero appliance during this time!

Other close contenders were the humble kettle, as well as the dishwasher – possibly the top argument-saving appliance in the home. Some rather unexpected lockdown heroes included a sous vide and a pet hair hoover!

Caffeine was king during this period with 65% of people saying they have and use a coffee machine and 59% saying they drink between 2-4 cups per day.

There’s no doubt many of us embraced our inner baker this year with a whopping 74% of people saying they tried their hand at it. Although banana bread was undoubtedly the internet’s favourite food this year, just 29% of people admitted to whipping up a batch of their own.

Cakes were in fact the preferred choice, with 34% of people claiming to have created their own showstoppers. 28% of people opted to bake their own bread (including Brian O’Driscoll!) during lockdown including sourdough, brown bread and focaccia and not a single respondent used a breadmaker to assist their efforts! However, stand mixers accounted for 34% of the efforts while electric hand mixers made up 46.5%.