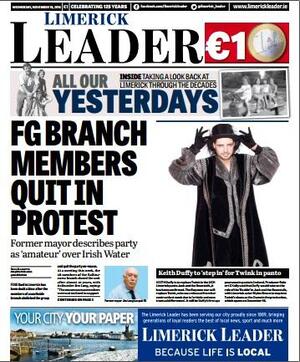 Fine Gael in Limerick has been dealt a blow after the members of a southside branch disbanded the group and quit the party en-masse.

At a meeting this week, the 28 members of the Ballinacurra branch closed the unit after almost 10 years, with its founder Jim Long, declaring that the “consensus was members were not inclined to support Fine Gael anymore”.

Mr Long, a former mayor of Limerick, chaired the meeting.

“It was generally agreed by the members present that the Fine Gael party had lost its direction, and were out of touch with the people,” he said afterward.