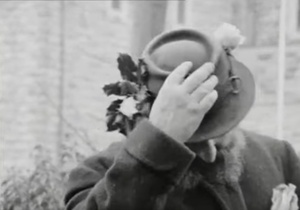 Somerset, England-born, holly-hatted storyteller Francis Kendall-Husband, the last wandering bard in Ireland, England, Scotland and Wales, tells RTÉ’s ‘Newsbeat’ reporter Cathal O’Shannon about homelessness, his love for the west of Ireland and why it should be Christmas every day.

“Oh Pray For Me Dear Ireland, And All Thy Beggars Too” (RTE Archives) 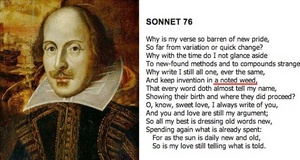 Shakespeare and a supposed marijuana reference in Sonnet 76

Evidence discovered in pipes unearthed at the Bard’s garden in 2001 suggests that William Shakespeare may have used cannabis and cocaine. In a bid to prove it, Francis Thackeray, an anthropologist and director of the Institute for Human Evolution at the University of the Witwatersrand in Johannesburg, South Africa, has made a formal request to the Church of England to exhume the playwright (if that’s really him down there.)

“There were very low concentrations of cannabis, but the signature was there,” according to Inspector Tommy van der Merwe, who tested the pipes at South Africa’s Forensic Science Laboratory. The evidence of cocaine was also very strong.

“The pipes we tested still had dirt in them which preserved the residues inside the stem and bowl,” Van der Merwe said. “The readings we got were the same as if it had tested a modern-day crack pipe.”

Scientists Want To Dig Up Shakespeare To find Out If He Smoked Weed. (Raw Story)