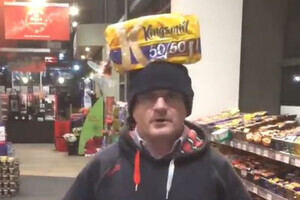 “It is with great sadness that, after more than 30 years as an active Sinn Féin member and public representative, I am tendering my resignation as MP for West Tyrone,” he said.

“The reason I am doing so is because of the consequences of the Twitter video which caused such controversy over the last week. But the deep and unnecessary hurt this video caused the families of Kingsmill is my greatest regret.

“Had I been conscious of the connection to the terrible atrocity at Kingsmill, I would certainly not have posted that tweet. I genuinely did not make that connection.”