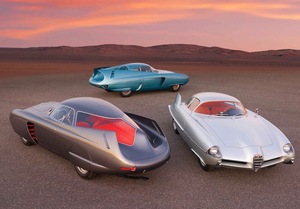 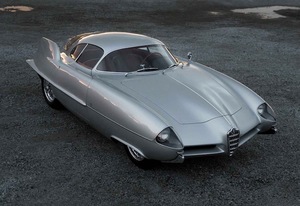 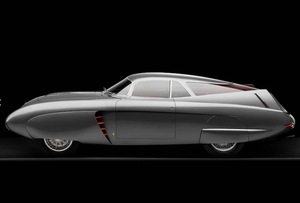 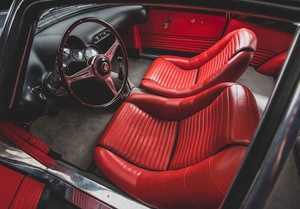 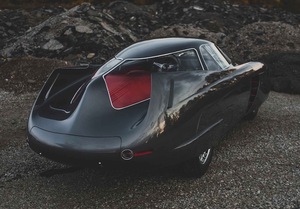 Behold: the Alfa Romeo Berlina Aerodinamica Tecnica (BAT) concept cars (BAT5 in black, BAT7 in blue and BAT9 in silver) built from 1953 to 1954, when auto makers were less fettered by the restraints of cost and production.

The result of Alfa Romeo giving Franco Scaglione at Bertone free rein to explore imaginative visions of aerodynamic road cars. These three, bought from their respective owners in the early 90s having toured the world individually, are being offered as one lot at auction later this month.