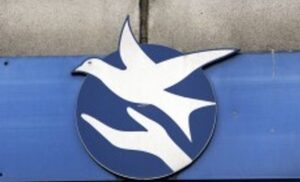 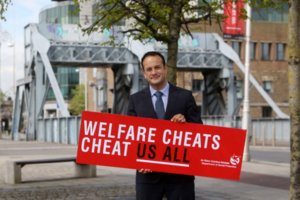 On Today with Seán O’Rourke.

Former inspector with the Department of Social Protection Bernadette Gorman later joined the conversation by phone.

Ms Gorman accused Mr Varadkar of launching the welfare cheat campaign as a means to improve his chances of becoming the next leader of Fine Gael and, by extension, Taoiseach.

She also called it a “hate campaign”.

Sean O’Rourke: “First of all, to you, Paddy Smyth, Fine Gael councillor for Rathgar-Rathmines. Is Leo Varadkar taking, is he taking a sledgehammer to crack a nut here?”

Paddy Smyth: “Not necessarily. The amount of welfare fraud that goes on, estimated by the department, is a sizeable sum. Hundreds of millions of euros, of taxpayers’ money, that is claimed fraudulently. Now, the most interesting thing, I think, about this campaign is the reaction from certain parties. The fact that certain parties can find a politically profitable to condone, if not rightly encourage, social welfare fraud, I think is a very worrying development for our society. As I said, hundreds of millions of euros.”

O’Rourke: “Hold on now, where is this hundreds of millions coming from now?”