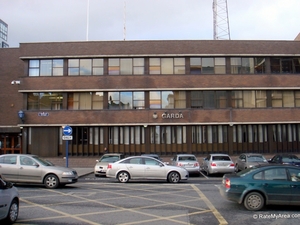 The Limerick Leader is reporting that people have been prosecuted for becoming aggressive and abusive at Henry Street Garda Station with one case involving a man who was at the station to sign on as part of a bail condition and was told the station had no biro for him.

The man was told to get his own biro – prompting him to become ‘aggressive’.

The situation, according to Judge Eugene O’Kelly, is ‘not acceptable’.

“Commenting on the facts of the case, Judge Eugene O’Kelly expressed concerns about the “lack of biros” at the garda station and he said it was not the first time that he had heard of such an incident.
…
“The judge added that, if cases continue to come before the court arising from the lack of biros at Henry Street garda station, he will consider not granting applications to include a signing-on condition when granting suspects bail.“