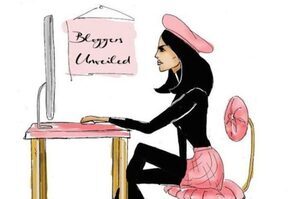 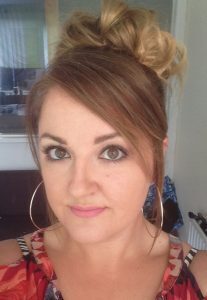 On July 29, The Sunday Times ran an article about ‘Bloggers Unveiled’, where a beautician named Ramona Tracey from Offaly denied being behind the controversial Instagram account.

By way of response, I reached out to a number of people who were involved in Ms Tracey’s alleged exposé.

This is their story.

“I don’t remember a lot of the detail of what happened, but I remember the feeling – the feeling of being worthless. She told me to kill myself.”

Christine Hanley is speaking from her apartment in Toronto. Last weekend she paid close attention as the Irish online scene buzzed to the sound of another big hitter takedown.

It was a name Hanley had been familiar with for the best part of a decade.

In 2010, Hanley lived here with her Irish husband. By that time she was a long term member of now-deleted internet message board, a place where the members joined as teenagers and grew to be friends by their early 20’s.

One person who joined later, Jess, stood out. Her pictures featured a very beautiful woman – but she was domineering, posted a lot and was always online.

Christine says that Jess soon started picking on her publicly, using details Christine had previously shared with the group to convince everyone that she was, basically, a loser. “All of the threads she was on descended into abuse,” Christine recalls.

This all happened around the time that Facebook started to become popular. Knowing how small Ireland is, Hanley only added people after checking to see if they had a beautiful friend named Jess.

This woman was starting to make her feel uneasy. Christine’s blog reads “the vitriol she spewed was astounding. I was one of her favourite targets.”

Hanley wanted to block Jess from connecting with her on Facebook, to contain the abuse she was getting in the message board.

And then one day, after some careful snooping, she found it, the face of her bully, on Facebook. Except this person’s life was completely different – and her name wasn’t even Jess.

It turned out this girl – whoever she was – had gone on to compete in the Rose of Tralee. When Hanley saw the interview with Ray D’Arcy she knew immediately that the ‘Jess’ she knew from the message board had stolen this person’s pictures.

The woman who had gotten inside her head had been using a mask all along.

Hanley explains how she was relieved when the mask finally slipped. She went on to write a blog, jessisfake.blogspot.com, where she called “Jess” out as a fake and shared it with her real friends in the group. It turned out that “Jess” had hurt a lot of the other members.

Ten years ago on that blog, Hanley published a name: Ramona Tracey.