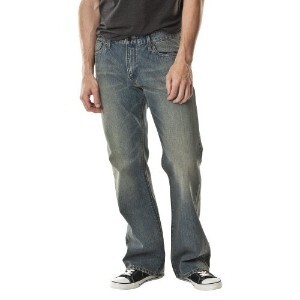 This is Britain, where we are meant to be style leaders. As such we carry with us the burden of responsibility to set an example for those who inhabit less sartorially-enlightened nations. One needs look no further than the Republic of Ireland – where the bootleg-jean-wearing-man has now joined the shamrock and the harp as an emblem of national identity. It’s hard to believe that the 2010 IMF bailout of the Irish economy didn’t include a care package of slimfit denim.

From a Daily Telegraph article entitled “10 Items of clothing no man should be seen dead in” [#8 Bootcut Jeans”].