The underground dance scene exposed…And finally exposed to the uninitiated out there. 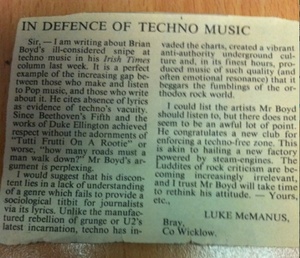 Brian Boyd and The Irish Times.

Consistency in a world gone mad. 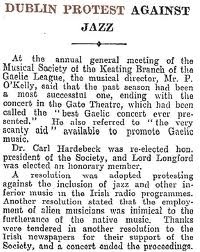 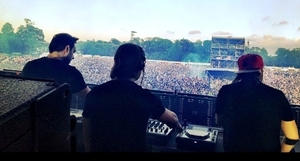 And the article is getting attention from the global dance community including Australian website In The Mix, whose readers offered their own reasons for the violence: 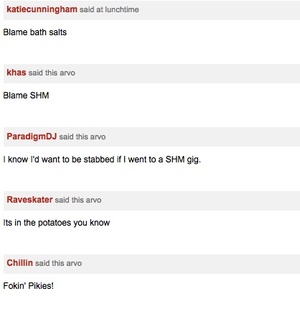 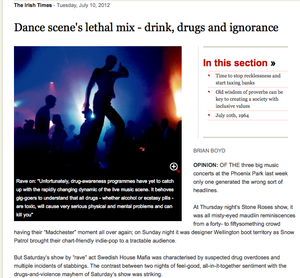 This one’s for Brian Boyd if you’re out there dude! twitter.com/MiaDaly/status… 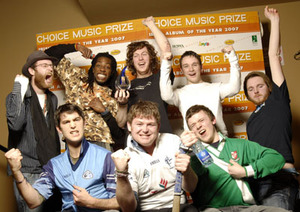 With past winners that include where-are-they-now Super Extra Bonus Party [above] (who won the award in 2007) and others who didn’t quite parlay their prize into any sense of a significant breakthrough here or abroad, does the Choice Music Prize really matter to anyone outside a media in-crowd? Can the Choice really deliver on the promises it proclaimed when it was set-up in 2005? 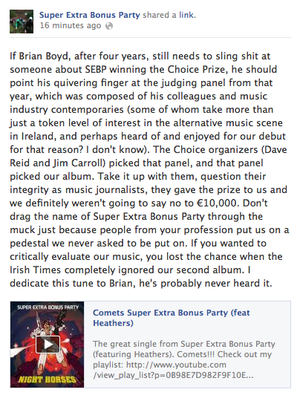