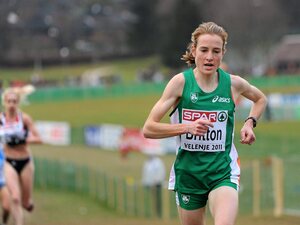 Double European Cross Country champion Fionnuala Britton, from Wicklow, above, has been named European Athlete of The Month for March, along with world javelin champion Tero Pitkämäki of Finland.

Previously: Fair Play Though, In Fairness