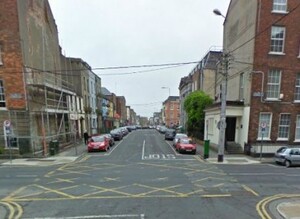 They spent the night socialising in the city centre before two of the men split from the group and, it is claimed, went searching for a brothel in the Catherine Street area.
One man, who lives in the area, was on his way home when the officers are said to have mistaken his residence for a brothel. As the man opened his front door, the two off-duty officers tried to enter the building and ‘demanded to be taken to prostitutes’.