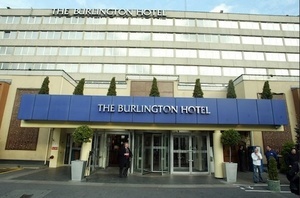 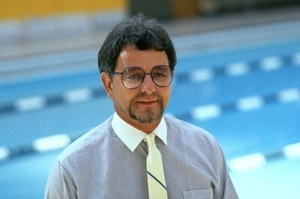 You may recall the ongoing efforts of US journalist Irvin Muchnick to obtain former Irish swimming coach George Gibney’s immigration and visa file through the US courts.

Mr Gageby won this decision. His sister Chief Justice Susan Denham was on the bench that day.

Following this Supreme Court decision, Justice Declan Costello conducted a judicial review and held that Mr Gibney’s right to a fair trial would be infringed if the prosecution were to be proceeded with.

Mr Muchnick, of Concussion Inc, reports that an Irish woman has claimed she was sexually molested by Gibney when she was 11, in 1982, in the pool of the Burlington Hotel in Dublin 4.

For the purposes of this article, we are calling the victim in the 1982 incident “Julia.”…  I have no independent verification of Julia’s allegation. But I believe her. And the full context of the Irish swimming scandals and of Gibney’s checkered two-continent history supports publishing her account.

Julia told me that she was abused by both Gibney and Ger Doyle (she remembers the former calling the latter “Jerry”). The delay in Julia’s coming forward has many familiar elements — shame, possible collateral damage to loved ones, fear that she would not be believed nor her information acted upon — and some unique ones. The latter include her absence from Ireland during the period when the swimming scandals first broke in the news media there.

“I never came forward about Gibney because I didn’t see the point after the injustice the others were dealt out. I didn’t want the upheaval in my life,” Julia told me.

“I had a hard childhood and just wanted to forget about everything I went through and get on with my life. What Gibney did to me was minor in comparison to other things that were done to me so I didn’t see the big deal about it when I was young. I sometimes thought about it but never saw myself coming forward until two years ago I saw a picture of Gibney and Ger Doyle in their younger days on the Internet and recognized them.”

Julia said that on an evening in 1982 her father brought herself and her brother, who is three years older, to the pool of the Burlington, in Dublin’s affluent Ballsbridge neighborhood. The brother asked how they would get admitted to the pool of a hotel where they were not staying. The father said he would arrange it through a lifeguard he knew. Julia believes the “lifeguard” was Doyle.

“My father talked to the lifeguard for a few minutes. He then told us it was OK and waved us in and said he would come back for us in two hours. When we got to the pool there was a man and a woman there. The man started talking to my older sibling, telling him that he was an Olympic swimming coach. My brother was really excited about this and came over to tell me. The man approached us and started splashing me with water so I splashed back. I asked him was he really an Olympic coach and he said yes. We thought it was amazing that we had met somebody like this.

“The man said he lived in a luxury apartment and would bring us there to show it to us if we came back the next night. He told us that he came here every night to swim.

“He said he wanted to see me swim, so I swam up and down the pool. He said I was a good swimmer but needed some lessons to be better. He made my sibling and me have swimming races. The girl he was with sat at the edge of the pool smiling as she watched the fun.

“The lifeguard blew the whistle after an hour was up. Gibney told me to stay — that he would give me a free swimming lesson. His girlfriend and my brother left, leaving me alone with Gibney and Ger Doyle.

“Gibney became angry and bossy. He brought me to a corner of the pool where the lifeguard was sitting and put his hand inside my bathing suit. He probed me everywhere and then put his finger inside me. While he was probing inside me, the lifeguard was watching and said, ‘Enough.’ Gibney said, ‘Just give me a few more minutes, Jerry.’

“The lifeguard was getting annoyed with Gibney and said to Gibney every few minutes, ‘Time is up, enough.’ Gibney would keep answering, ‘Just give me another minute, Jerry, I’m nearly finished.’

“There was something violent about him and I was afraid so didn’t protest. He was ordering me around. I froze while he abused me.

“When he was finished he told me to come back tomorrow night and he would bring us to his apartment. He told me to get out and get dressed. I was frightened and dressed as fast as I could.

“I just wanted to get out of there. I was afraid. I met my sibling in the front hall of the hotel waiting. He asked me why I took so long to get ready. We waited for my father to pick us up. I watched Gibney from the hall, he seemed to know a few people at the hotel, the workers from the bar and the receptionist knew his name, he talked to them. He left the hotel with two other men. My brother tried to wave to him but Gibney ignored him and walked on. My father came shortly after that to pick us up.

“My father said he would bring us back there the next night. The next day I pretended to be sick and have an earache. I knew he would do something worse to me the next time and dreaded it. After protesting, I got my way. My mother was there when I was pretending to be sick and said not to bring me swimming if I had an earache.

“I was 11. I didn’t fully understand what had happened to me and just thought every man did this to girls and that it was normal. I didn’t know any different because I had been sexually abused throughout my childhood; my first memory was when I was four “

“The last two years of my life have been spent putting the pieces of the puzzle together to try and make sense of everything that happened to me as a child. Gibney is just one little piece of the big puzzle.”