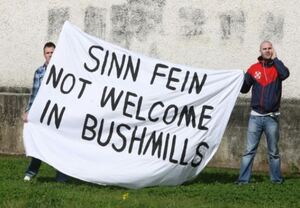 Loyalists held a protest in Bushmills on Saturday rather than attend the opening of an art project on which they had been working for 18 months – because it was being unveiled by a member of Sinn Fein.
But in spite of the protest the Peace Three art project of a cow was opened in the Millennium Park by Moyle District Council chairman, Sinn Fein councillor Cara McShane and DUP vice chair of Moyle council Robert McIlroy.
Last night chairman of Bushmills Residents and Environmental Forum, Derwyn Brewster, said they had asked councillor McShane “that if she was coming along, not to be speaking in Irish and not to take the limelight and to be low-key”. 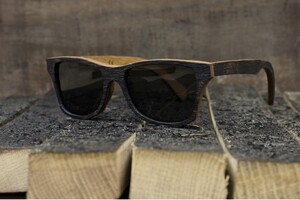 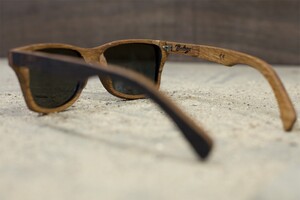 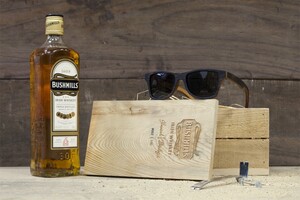 “The White Oak used for the frames dates back over 100 years. The eyewear is packaged in a custom wooden whiskey crate, with a crowbar to pry it open.”