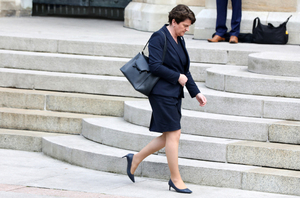 The official report into Northern Ireland’s cash-for-ash scandal has been published.

This concerns a renewable heat initiative (RSI) scheme presided over by DUP leader Arlene Foster which may have cost British taxpayers hundreds of millions of pounds.

In his report,  Sir Patrick  says the flaws and problems were not the result of “corrupt or malicious activity on the part of officials, Ministers or Special Advisers”.

He adds: “Rather, the vast majority of what went wrong, was due to an accumulation and compounding of errors and omissions over time and failure of attention, on the part of all those involved in their differing roles, to identify the existence, significance or implications of those errors and omissions.”