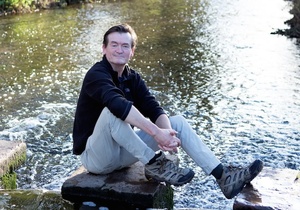 Following @sandralaville‘s shocking revelations in the @guardian yesterday here are some pictures of the River Colne that were taken on Monday.

The River Colne is a chalk stream, one of only 225 in the entire world pumped to extinction.

Privatise it, they said.

Previously: Fergal Sharkey’s Mission To Save Our Chalk Stream