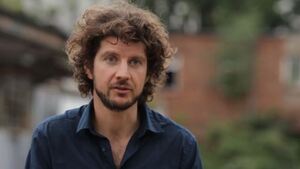 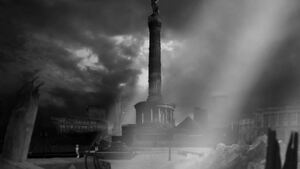 Just off the Damm Hipsterstrassen.

We are a group of Irish guys [Andy, Dave, Nick and Michael] all living in Berlin and we’ve gotten together to produce a live show mixing a live band and animated visuals. The idea is to bring it around on tour starting next year and we are NEARLY finished – we’ve just started an indiegogo campaign to raise funds to complete the final parts of the visuals.”

You can donate here.

Quest For A Real Hard Hob, involving a live band playing to a feature-length animated story on a huge screen. The story is set in Berlin, in a future without humans. The only inhabitants left are robots. This tale is about one robot Deco4, above, who is in need of a ‘new hob’, or a heart.