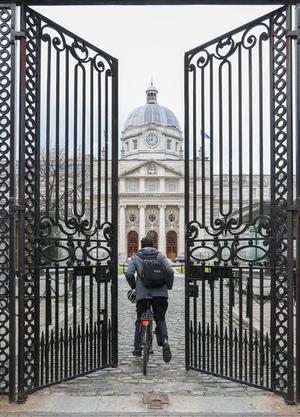 Ireland will cut it greenhouse gas emissions in half over the next decade under the new #Climate Action Bill being considered by Cabinet. https://t.co/AWhY3WQ4pz

Minister for the Environment and Minister for Transport Eamon Ryan entering Government Buildings for a Cabinet meeting where he presented plans to legally commit the state to a 51% reduction in greenhouse gas emissions in an updated version of the Climate Action Bill.