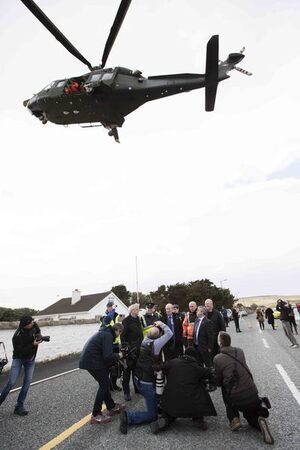 Ministers Shane Ross and Boxer Moran speak to reporters on day two at the search scene for three missing members of the Irish Coast Guard – Mark Duffy,  Paul Ormsby and Ciaran Smith – whose helicopter crashed while on a rescue mission off County Mayo in the early hours of Tuesday morning.

The cause of the crash of Rescue 116, which yesterday claimed the life of Captain Dara Fitzpatrick, is not yet known.