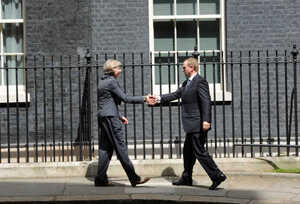 With the prospect of border problems between Northern Ireland and the Republic of Ireland arising from a Brexit, there are real discussions about reuniting the two countries. If that were to happen, a good way to reassure the Unionists would be tying the united Irish Republic into the Commonwealth, also…