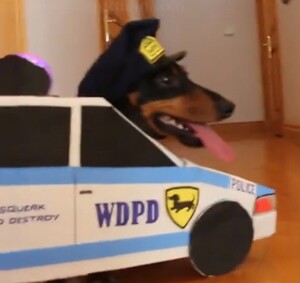 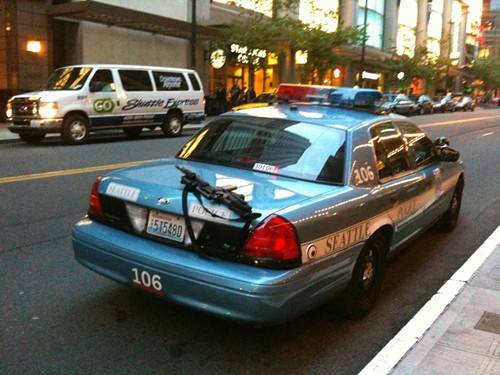 A Seattle resident snapped the above photo late last month, passing it on to The Stranger, a weekly newspaper:

“The department is very embarrassed that this happened,” says Seattle Police Department Sergeant Sean Whitcomb. “We’re incredibly grateful to the person that flagged down the bike officers and the woman who followed the patrol car driver around to let them know there was a rifle on the back of the car.”

But were SPD officers driving around with an AR-15 rifle on the back of their squad car???? “I’m not going to comment,” says Whitcomb, adding that the West Precinct has launched “an investigation into the circumstances that allowed this to happen.”

Whitcomb says the department isn’t releasing the names of the patrol officers. It’s unclear at this point if the semi-automatic rifle was loaded or not.