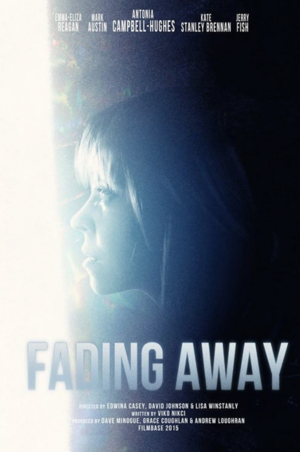 With all eyes on gender imbalance in the Irish media industry it is important to look at the people who are trying to smash the status quo.

Tonight, at the Cork Film Festival, the premiere of Fading Away will be screened at the Gate Theatre in Cork at 8.45pm. This female-lead psychological horror is directed by a woman, the cinematographer is a woman, and the production designer is a woman…

The cast of Fading Away is led by two of the strongest young actresses to come out of Ireland this decade, the amazing Antonia Campbell-Hughes (The Other Side of Sleep, Kelly & Victor) and Kate Stanley Brennan (Dollhouse). Also starring are Emma-Eliza Regan (Darkness at the Edge of Town, Out of Here), Mark Huberman (Frank, Band of Brothers) and the marvellous Jerry Fish, with music by Irish band The Minutes.

Fading Away tells the story of Leila, the fearsome front-woman of a struggling rock band who has a diehard belief that her music will change the world. After meeting a mysterious mentor she inadvertently wishes the iconic album ‘Golden Boy’ from the band Double Eagle out of existence, leaving the music hers for the taking. As she struggles with music, her band and new love, her other-worldly mentor proves to be a darker force than she realised. 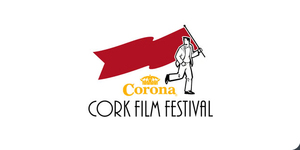 Corona has pulled its sponsorship.

CEO of the festival for almost 30 years Mick Hannigan has been made redundant while festival programmer Una Feely has also lost her job.

But, according to a press release from Mr Hannigan to Donald Clarke, of the Irish Times, the festival has made a surplus every year for the last four years and that Corona’s sponsorship amounted to just 16% of thei festival’s budget.