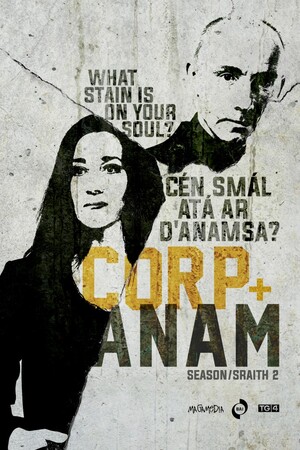 The opening scene of the second series of acclaimed crime drama Corp agus Anam which starts tonight on TG4 at 9.30pm.

What you’ll need to know

1. The show is in Irish and some English, with English subtitles. You don’t need to be fluent in Gaeilge to watch it.

2. You don’t need to have seen the first series to enjoy – or even understand – the second. The series focuses on TV crime correspondent Cathal Mac Iarnáin (Diarmuid de Faoite) as he investigates the cases that come his way. Series 1 can be watched online here

3. Tonight’s episode focuses on sociopath and brutal rapist John Glynn, released on bail and bent on terrorising Sharon, the mother of his child. Watch  Sharon try to escape him here