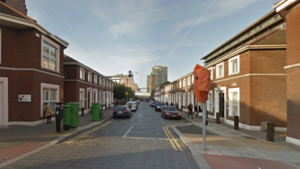 “A senior company executive shouldered a cyclist to the ground and began strangling and beating him for riding his bike on a Dublin city-centre footpath, a court has heard.”

“Judge Michael Walsh said Corcoran’s actions were completely disproportionate but he ruled that he can avoid a criminal record and a possible sentence by paying €3,930 to cover Mr Fitzgerald’s medical expenses and new false teeth, and he must donate €2,500 to charity.”

…The court heard Corcoran punched Mr Fitzgerald in the face and head and got him into a headlock and “kneed him while he was in a headlock”. The attack ended when members of the public intervened.