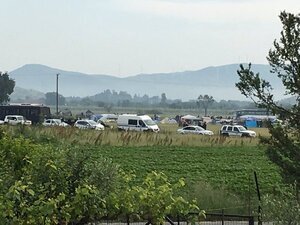 Police arriving at the makeshift refugee camp in Idomeni this morning

You may recall a post from March, written by Emma Spence, from Glasgow, Scotland, in which she described the conditions of the makeshift refugee camp at Idomeni, at the border of Greece and the Former Yugoslav Republic of Macedonia.

She wrote it just before the EU/Turkey deal was struck in late March, around the time the border became shut indefinitely to those hoping to cross and continue into Europe.

There are reportedly around 8,000 people currently seeking refuge based at the camp.

But, this morning, the Greek authorities have started to evacuate the camp and move those living there to other army-run camps in Greece.

Damian Mac Con Uladh, an Irish journalist who lives in Greece, spoke to Audrey Carville on RTÉ’s Morning Ireland this morning about the evacuation.

Audrey Carville: “Damian, you like many other journalists, they’re not allowed in or near the camp this morning while this process is going on, why not?”

Damian Mac Con Uladh: “Well the Greek government clearly don’t want too much attention to be drawn to the actual operation. They’ve only allowed journalists from the state TV and from Greece’s news agency although there are some foreign journalists in there. There is a small number in there, some of them are undercover and they intend to report on this operation which has begun this morning and is expected to take a few days.”

Carville: ‘Yeah because there are thousands of people there, aren’t there? Can you take us through generally what’s been happening at the camp today?”

Mac Con Uladh: “Well, news kind of came through in the last two or three days that the site would be evicted. There’s about 8,500 refugees on the border at Idomeni, on the border with Macedonia, and the government says they will be taken to what they say are better-run camps in northern Greece. This has been their position for a long time but most of the refugees are quite reluctant to go to these camps – fearing that once they’re out of public view, they’ll be forgotten about and their chances of moving on to Europe, of rejoining their families in other parts of Europe become more and more difficult. This morning we hear there’s about 1,500 police in the area of Idomeni, including riot police. About 600, up to now, six buses have left the camp with about 350 refugees, taking them to the camp near the city of Thessaloniki.”

Carville: “And what were conditions like at Idomeni, Damian? Were they similar to ‘The Jungle’ at Calais?”

Mac Con Uladh: “Well certainly in the last few days, yes. The weather’s been quite bad in Idomeni so the camp has kind of reverted to these very muddy conditions that characterised it earlier in the Spring. There are NGOs there trying to do, they’re trying to make the best of a very bad lot for the people there but the Government’s argument – that the camps that they will be taken to are better – is disputed by many NGOs. They’ve visited these camps – many of which are run by the army and conditions there are also quite bleak. Some of them are quite remote, the food being provided there is sub-standard in many cases and this is something that the refugees know about and they fear that once they go there, and they’re out of the public view, their plight will become even more difficult.” 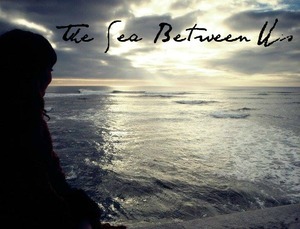 A screening of Caoimhe Butterly’s documentary The Sea Between Us, filmed in Lesbos, Greece, will take place at The Sugar Club on Lower Leeson Street in Dublin at 1.30pm on Saturday.

It will be followed by a 12-minute sequence entitled “The Border” that reflects the impacts of border closures and the narratives of some of those who have been stuck at Idomeni; a Q&A with Ms Butterly; and a panel discussion with Ronit Lentin, Hassina Kiboua and Ellie Kisyombe, chaired by Betty Purcell.

Pizza and drinks will be provided at the event while tickets (€13) can be purchased here or at the door. All proceeds will go towards grass-roots refugee support projects in Greece.

Also on Saturday, people who have volunteered with refugees across Europe and elsewhere will meet at 12 noon in Houricans pub, beside The Sugar Club – before the film screening – to share their experiences and ideas about how Ireland can respond to the humanitarian crisis. 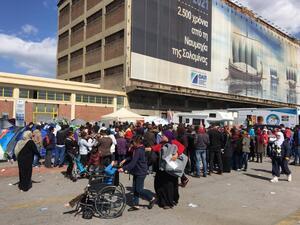