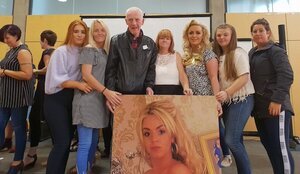 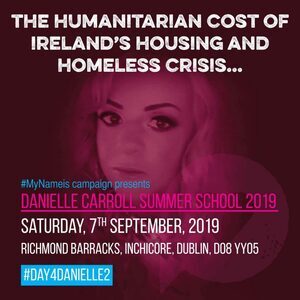 The #MyNameIs campaign has announced that the second Danielle Carroll Summer School will take place at Richmond Barracks in Inchicore, Dublin 8, on Saturday, September 7.

The inaugural school took place at the F2 Centre in Fatima, Rialto last year – during which Kitty Holland, of The Irish Times, spoke about young mothers in Dublin who were taking their lives.

There had been 37 deaths by suicide in 2017 in the Dublin south-central area, half of whom were in their 20s and 30s while most had children attending primary school.

Danielle Carroll was a 27-year-old homeless mother of two who took her own life, aged 27, while in emergency accommodation in Leixlip, Co Kildare.