The fifth and final episode in the current series of the every-Wednesday, app-based comedy web drama.

In the final episode of ‘Danny & Dante’: Ash catches Danny lying about his attendance at the job interview and sets off a climatic showdown between her and Dante. If only life was as easy as swiping right or left. Dialogue is still NSFW. 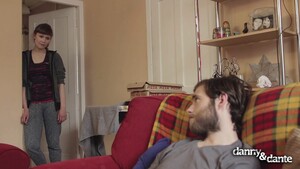 The penultimate episode of the Wednesday, app-based comedy drama.

Danny is off at his interview that his Da set up for him, leaving Dante and Ash in the house together. Will they manage to be civil to each other? Dialogue, and also one of the visuals, would be considered NSFW

Music: The Wolves by Color//Sound 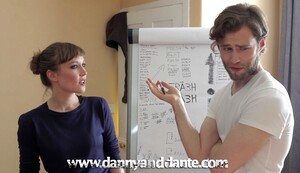 The second of a five part Dublin-based comedy/drama webseries about two twenty-somethings who “chance upon the idea for an App for the discerning non-hipster”.

Danny and Dante focus on the most important element of their app – its name – and require their housemate Ash’s opinion. Be warned the dialogue is NSFW

Music: Supernatural by The Minutes