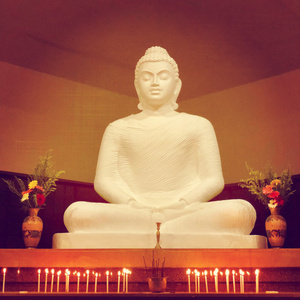 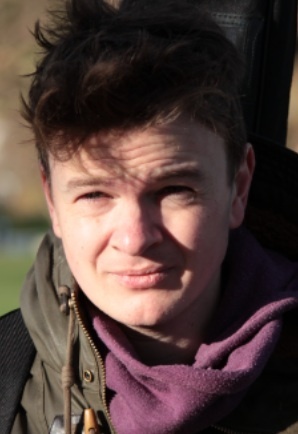 From top: statue of Buddha at the Triratna International Centre; Darragh Murphy

We know the viewpoint of the Catholic Church, the Church of Ireland, the Presbyterian Church, the Islamic Centre, the Methodist Church, the Evangelical Alliance, and of Atheist Ireland. But what is the view in one of Ireland’s fastest-growing religions – Buddhism​ – on repealing the Eighth Amendment​?

The short answer is there is no official Buddhist view on anything. With increasing numbers of Buddhists practising outside the traditional monastic-lay dichotomy, the nuances of one’s own personal support for an abortion comes down to Buddhist ethics, and the principle of taking responsibility for the karmic consequences of one’s own actions and intentions.

Like Jesus, the Buddha did not speak directly about the Eighth Amendment to the Constitution of Ireland. There is no Buddhist pope or Archbishop handing down edicts. The Dalai Lama, for example, is the head of just one of many schools of Tibetan Buddhism alone.

Elsewhere, there are Theravada, Mayahana, Zen and Pure Land demoninations. While the Buddha advised followers to test his teachings in their own experience, he did enunciate ethical training principles. Along with the centrality of going for refuge (committing) to the Three Jewels of Buddha, Dharma and Sangha, these ethical guidelines are practised by all Buddhists.

The shortest list – the Five Precepts – enumerates for lay followers how an Enlightened Being would naturally behave, including abstaining from taking that which is not freely given (generosity), abstaining from sexual misconduct (contentment); abstaining from untruthful, harsh or divisive speech (truthful communication); and abstaining from intoxicants (mindfulness).

Yet it is the first precept which is most relevant here: abstaining from harming living beings (loving-kindness). This is connected to principle of non-harm, and is motivated more by the principle of respecting the dignity of life, rather than preserving life at any cost.

In the upholding or violation of the precepts, intention is crucial. If the practitioner is motivated more by unselfishness, love and generosity, then it is more likely to be a skilful act than if the person is motivated by greed, ill will or delusion.

As always, it is down to the individual Buddhist practitioner how (s)he interprets his or her actions.​ ​Ethically speaking, the first precept usually means moving towards a vegetarian diet and cultivating, through meditation, a more selfless, compassionate attitude towards all living beings.

What about abortion? Ordained Buddhists in the west are notoriously heterodox​ on most issues. ​A minority ​of Order Members ​in the UK will support Brexit, for example, while some Buddhist monks in Tibet continue to eat meat. One Buddhist centre in London counts a Conservative Party MP among its regular practitioners.

Many Buddhists will therefore interpret this first precept of non-harm as a contravention on abortion. Others will insist it requires ​​a compassionate attitude ​balancing the mental and physical sufferings of the mother​ with that of the foetus.

​The general attitude I encounter among Buddhists towards abortion is similar to that towards drugs​. ​It is treated as a matter for personal morality and medicine, rather than one for the criminal courts. The bottom line for many Buddhists is whether repealing the Eighth Amendment will lead to less, or more suffering.

For centuries, traditional monastic Buddhism – in the form of the monastic Vinaya code, mostly laid down long after the Buddha’s paranirvana – was one of prima facie opposition to abortion, due to the traditional view of life starting at conception.

Science has recently caught up with Buddhism in many areas, not least in the area of neuroplasticity, and, since the 2012 Cambridge Declaration on Consciousness, the sentience of non-human animals. Yet it has yet to discover when consciousness begins in the life of a foetus.

Even if one is to go along with the traditional pro-life view, this would not prevent a stoically pro-life Buddhist from voting Yes in Friday’s referendum. After all, abortion rates have fallen in those countries, like Portugal and Switzerland, with access to safe, legal abortion in the first trimester.

In any case, for many modern followers of Buddhism not governed by the Vinaya code, this lack of certainty regarding when consciousness arises in the womb will lead them to give primacy to the suffering of the mother.

Too often in modern society, the governing question involves asking who is responsible for a certain act, and how they can be punished. The Buddhist alternative is to ask who is suffering, and how can we alleviate it.

At present, an average of three women and girls a day use unsafe abortion pills, rather than undertaking the expense and upheaval of going abroad – an effective income threshold for unplanned maternity.

It also seems that denying a termination in the case of rape, or in the case of a fatal foetal abnormality, would increase rather than reduce suffering, given the rise in suicide among women in poorer areas.

Whether you “support” abortion or not (and it remains a highly personal choice based on circumstances), ending the criminalisation of this activity seems in keeping with Buddhist ethics of compassion and non-harm.

It’s theoretically possible that, in some cases, terminating an early pregnancy (and thereby causing possible harm to the nascent living being in the womb) may save much more suffering than forcing an unwilling mother to carry to full term.

While the referendum campaign has been marked by no lack of rancour, there are moderate voices on both sides.

Whatever the outcome, one hopes that those who argue so fervently for the right to “love both”, extend their sphere of concern to the many other sentient beings, human and non-human alike, mothers and fathers, living decidedly unloved existences.

Darragh Murphy is a journalist training for Buddhist ordination with the Triratna Buddhist Community. He is writing here in a personal capacity. Follow Darragh on twitter:​ @DarraghPMurphy​