Did Elderfield jump bcs banks will need another €16bn soon & he fears a Cypriot solution might be imposed? Wouldn’t look good on his CV.

Previously: AIB And Fraud Of The Highest Order 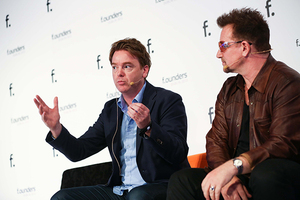 Until you say so.

David McDreamy and Bono at the F.ounders’ Conference . 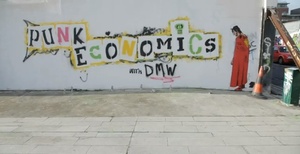 David McDreamy and his Punk Economics team need you.

No money involved but the clicks are free.

The creators of Punk Economics, the animated web are currently searching for Irish music to feature on upcoming episodes. The series is a new of looking at the economy based on the central idea that what is important is not complicated and what is complicated is never important.

The music needs to be instrumental as it will run under McWilliam’s narration. Any songs usually featuring vocals can be submitted with vocals removed. The episodes have a combined viewership of over 350,000 on YouTube and could be an easy and innovative way of getting your music heard by an international audience.

Artists will be credited at the end of each video and a link to the artist’s iTunes will also be included in the information section of each episode on YouTube. Music (mp3s) can be sent to punkeconomicsmusic@gmail.com

Below is the first Punk Economics with soundtrack from the Hassle Merchants; Rocketsurgery; The Eskies and James Guilmartin: