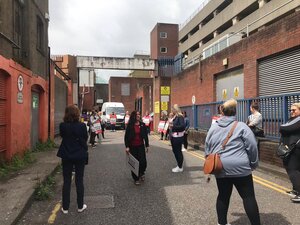 Debenhams workers right now are blocking an attempt by the company to move cash out of their store. Full support for their stand. #Debenhams pic.twitter.com/AyvqlifXyA

#Debenhams workers Cork city blocking truck trying to get away with the safe from the Patrick St shop. That money is needed to defend jobs or at the very least decent redundancy packages. Congratulations to the workers taking a stand against daylight robbery! pic.twitter.com/oS9N6vdpFG 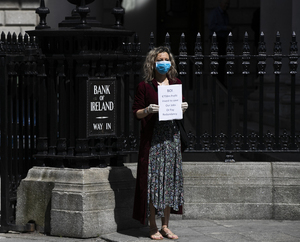 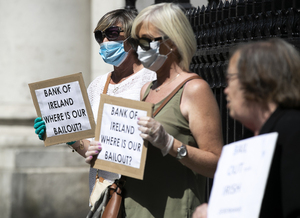 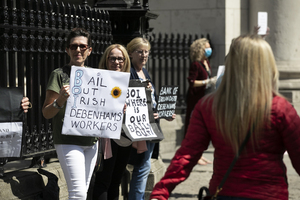 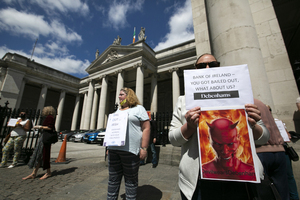 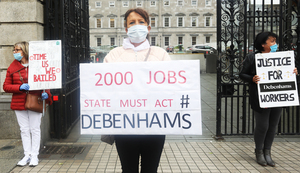 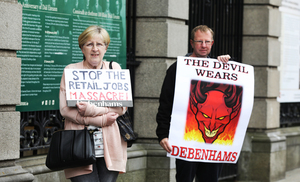 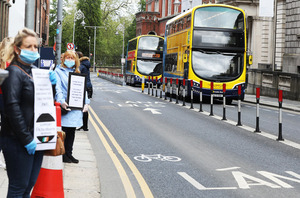 Protestors representing the more than 1,000 Debenham’s workers who have lost their jobs, and have been told the company does not have sufficient assets to fund their agreed redundancy package. 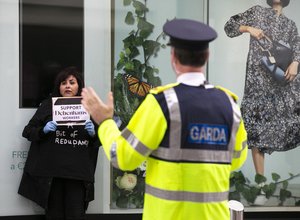 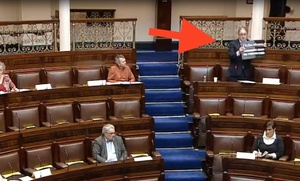 Last week, a High Court appointed povisional liquidators to the UK chain’s Irish operation after it was told by the company that it is insolvent and couldn’t pay its debts.

During his contribution, Mr Barry briefly held up a Debenhams sign.

“Taoiseach, I also want to ask you about the use of emergency powers by gardai on Tuesday to disperse a disciplined, socially distanced protest, by Debenhams workers here in Henry Street in Dublin.

“Not only did the gardai instruct the workers to disperse, and to take down the signs, which they’ve asked me to hold up cause they were refused the right to hold up that sign on Tuesday.

They were escorted to their Luas and bus stops by the gardai and the guards instruction a trade union shop steward to desist from conducting an interview, well away from the store, with a journalist.“

Yesterday: Do A Bit Of Debenhams