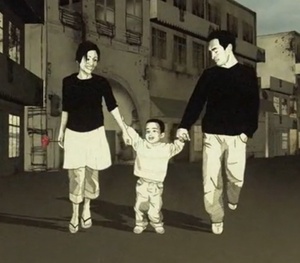 A powerful animation created entirely in After Effects by director Rob Chiu, intended as a fictional backstory to the global displacement of peoples.

The short which depicts a family’s tragedy in a city rocked by turmoil, originally released in 2005, was uploaded to Vimeo by the director yesterday, having lost none of its impact.