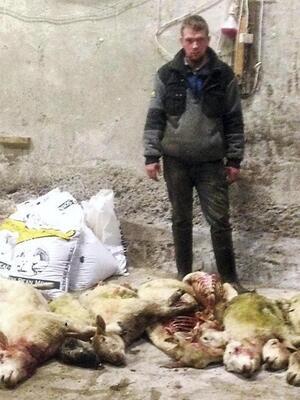 It is occurs like clockwork every year but the issue of sheep attacks in back on the agenda again. A Kildare father and son are counting the cost of a dog attack which left 13 sheep dead.

Pat and Kevin Burke, of Castledermot, County Kildare discovered last Thursday that 10 sheep had been killed in the attack, with the vet having to put down three more after they were found injured. The photo speaks for itself and more are printed inside today’s Irish Farmers Journal.

The Burkes said two dogs were seen roaming on the property…

This is a topic that is of broad interest with so many dog owners in the country and there is an important message to get across – don’t be careless and allow your dog to roam as the consequences can be devastating.