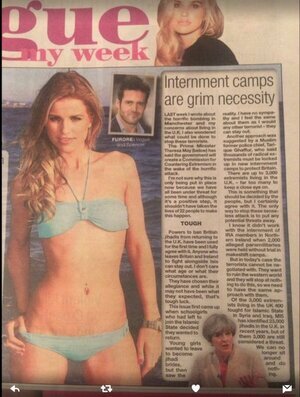 In the Sunday World (above) at the weekend.

In her column, she wrote:

Another approach was suggested by a Muslim former police chief Tarique Ghaffur, who said thousands of radical extremists must be locked up in new internment camps to protect Britain.

There are up to 3,000 extremists living in the UK – far too many to keep a close eye on.

This is something that should be decided by the people, but I certainly agree with it. The only way to stop these senseless attacks is to put any potential threats away.

I know it didn’t work with the internment of IRA members in Northern Ireland when 2,000 alleged paramilitaries were held without trial in makeshift camps.

But in today’s case the terrorists cannot be negotiated with. They want to ruin the western world and they will stop at nothing to do this, so we need to have the same approach with them.

Of the 3,000 extremists living in the UK, 400 fought for Islamic State in Syria and Iraq. MI5 has identified 23,000 jihadis in the UK in recent years but of them 3,000 are still considered a threat. We can no longer sit around and do nothing.

We should not call her [Vogue Williams an idiot. We should calmly point out that her views are illogical, totalitarian and profoundly sinister. Her column should be considered alongside the right-wing provocations of Ukip and Breitbart media.

The word “police state” is slung around too liberally in online discourse, but locking up suspects without trial surely constitutes one huge step in that direction. That is what Williams is proposing.

Vogue Williams is not an idiot, she’s a sinister totalitarian (Donald Clarke, The Irish Times) 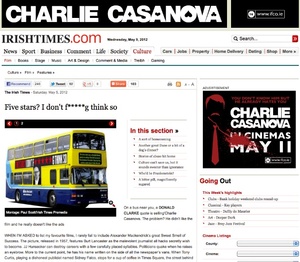 Meanwhile, an interview with Terry McMahon on RTE R1’s Arena last night here. If you think McMahon is hard on film critic Donald Clarke, wait until you hear his description of the lead actor. “He didn’t have great facility with language, or technical facility…” Literally jaw-dropping. 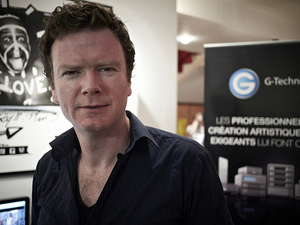 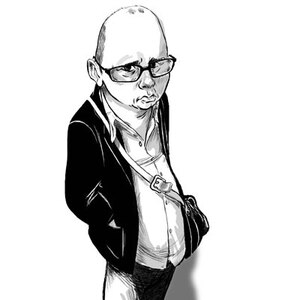 On Saturday, Irish Times film critic Donald Clarke (above) complained at some length that a quote of his had been used on the side of buses in Dublin to promote the movie Charlie Casanova, directed by Terry McMahon (top) and released on May 11.

Clarke said he would rather drink “caustic soda’ than be seen to endorse the movie.

Adding: “When I mentioned the bus business to fellow critics, few of whom were any more fond of Charlie Casanova, they made comical side-clutching gestures and fell theatrically from their seats. After pulling himself together, one then commented: “That has to be illegal.” A phone call to The Irish Times’s lawyers confirmed that such quote-mining could conceivably involve an infringement of the journalist’s copyright. Misrepresenting a critic for financial gain is not considered ‘fair usage’.”

Yesterday, Terry McMahon gave a detailed response on his blog which concluded:

“…The truth is, Donald, you don’t know me. We’re not friends. If we were, you’d know I’d come out fighting. You’d know I wouldn’t allow you take food off my kid’s table. When you dialed those Irish Times lawyers, did you not feel the need to run your future article past them? Defamation is a serious business, Donald. Do your lawyers know, Donald, that, with the might of The Irish Times behind you, you have unlawfully done discernible damage to the reputation and livelihood of a citizen? I don’t f*****ng think so. So, should you find yourself forced to choose between caustic soda and a re-watch of Charlie Casanova, you can speed dial those Irish Times lawyers because they’ll be there for you, Donald Clarke, diluted caustic soda in one hand and a copy of Sweet Smell of Success in the other, all prepped to skip to the JJ Hunseker scene where he says, “You’re dead, son. Get yourself buried.” If you don’t believe me, Donald, ask your lawyers.”