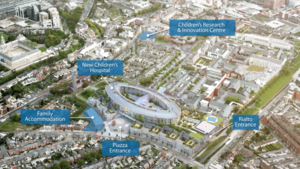 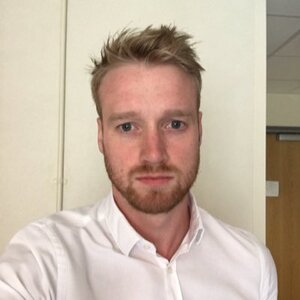 There is a decision due to be made tomorrow, Thursday, on whether there will be a public hearing regarding the location of the new national children’s hospital in St James’s Hospital in Dublin.

I am writing to request a hearing by your committee on the location of the proposed new national children’s hospital.

I am a doctor and teenage cancer survivor and have outlined my views on the shortcomings of the proposed location of the new children’s hospital in an article published in the Sunday Independent earlier this year:

In response to this article, the board of the new hospital contacted me and asked for a meeting.

I agreed, keen to understand what advantages that St James’s Hospital would give to the children’s hospital that made accessibility, parking, room to expand, increased cost and possibly even the maternity hospital, necessary sacrifices.

I discussed the proposed location with Professor Owen Smith, one of the clinical leads on the project.

I don’t doubt the man’s integrity, but instead of evidence and credible points I got vague arguments about ‘research synergies’ and ‘continuity of care’ coupled with a continued inability to produce a single piece of evidence that this location will improve any child’s outcome.

I asked specifically and was told none existed. I was a haematology patient who may have benefited from this ‘continuity of care’, and I am utterly against locating this hospital on St James’s campus.

The hassle of attending a different hospital for follow-up wasn’t really in the same league as my mother’s anxiety at navigating city centre traffic with a weak and nauseated child undergoing chemotherapy.

What about the inaccessibility?

What about the complete lack of room for expansion?

What about coastguard helicopters?

What about the 100 years’ worth of our sickest children and most vulnerable families that will have to live with this potentially catastrophic mistake?

And what about the fact that the critically important maternity hospital was not even included in the planning application? This, unlike adult co-location, actually has evidence to point to improved outcomes for children.

I’m not asking for the hospital to be moved to Connolly. I’m asking for something that should have happened from the outset, and may have prevented the mess that this has become.

As opposed to what we have, which seems to be a snap decision made by Minister James Reilly with the Troika in town in 2012.

If the location of the hospital is debated, if the evidence is examined and St James’s is then deemed the most suitable site, I’ll be absolutely astonished, but I’ll rest easier and I’ll stop complaining.

The cost of getting this wrong is suboptimal healthcare for children in this country for the next 100 years. Deputies, Senators, if that isn’t worth at least a hearing, I really don’t know what is.

Dr Eamonn Faller is a doctor working with the infectious diseases and HIV service in St James’s Hospital. Originally from Galway, he trained in Trinity College, Dublin, graduating in 2012.