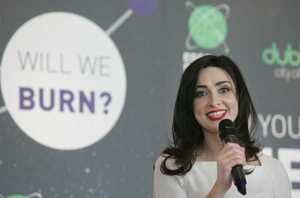 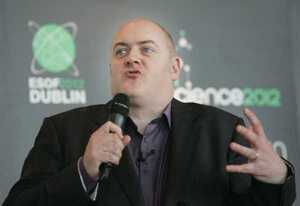 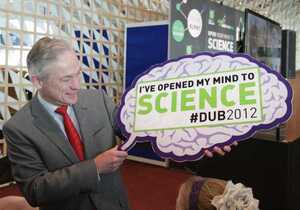 Launching Dublin City Of Science 2012 at the Science Museum, Pearse Street, Dublin, this afternoon were, from top, science ambassador (hey, it beats the Vatican) Aoibhinn Ní Shúilleabháin (who has a first class honours degree in theoretical physics and is studying for a PHD in Mathematics Education) and Dara Ó Briain (who has a degree in mathematics and physics) and Enterprise Minister Richard Bruton (who paid for another kid to sit his Leaving. KIDDING!). 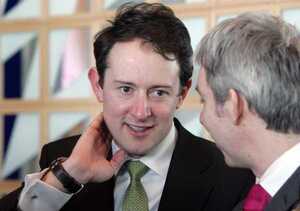