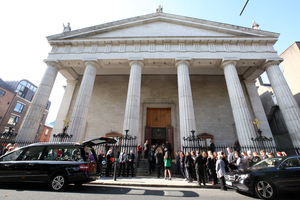 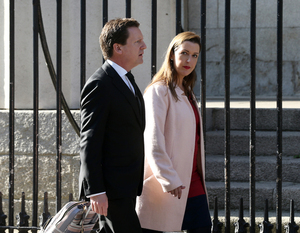 Emma Mhic Mhathuna’s funeral cortège has arrived at Dublin’s Pro Cathedral. The President and Vicky Phelan are among those in attendance @rtenews pic.twitter.com/gk7k1XUpjK

There was a round of applause from bystanders as the coffin of Emma Mhic Mhanthuna was carried into the Pro Catherdral. More than a thousand people have packed into the church for the mass which is just getting underway @rtenews pic.twitter.com/4MqK8V7kKR

Emma Mhic Mhathuna did not see her illness as part of God’s plan but rather as a result of human error. Chief Celebrant, Fr Paddy Moran says the letters of apology from those who made errors meant a huge amount to her, not for herself but her children @rtenews pic.twitter.com/xs1A2PahP9 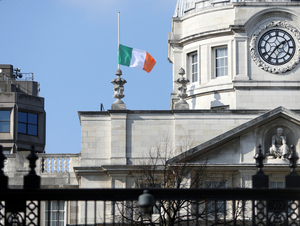