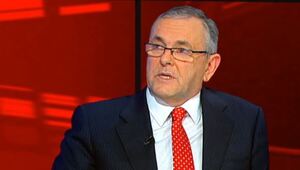 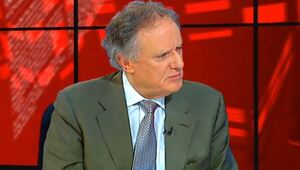 Fianna Fáil TD and chair of the Public Accounts Committee John McGuinness was on Tonight With Vincent Browne, following members of Irish Water and the Department of the Environment appearing before the committee last night. They talked after they saw a clip from the meeting, in which Secretary General of the Department of the Environment, Geraldine Tallon told the PAC she didn’t speak to Environment Minister Phil Hogan ‘in specific terms’ about consultancy costs.

Mr McGuinness then spoke about how, during the meeting, it emerged €5.7million was spent on a County Managers’ Group – baffling Vincent and indeed others.

Vincent Browne: “John were you impressed by the evidence given [, concerning Phil Hogan not knowing that €50million had been paid to consultants?”

John McGuinness: “I think that the performance, in terms of the Department, Irish Water, or indeed the [Energy] Regulator – they were fine. But they raise a lot more questions and we’re talking here about the content of the answers and, whether or not, the answers are believable. And, quite frankly, I don’t see how a department can manage its affairs and not know the detail of the spend. Now..”

Browne: “Wait a minute now, I think, I would have thought, that listening Geraldine Tallon everything she said was believable and what was also believable was what she didn’t say. She was killed in avoiding the specific question.”

McGuinness: “She avoided the question but the fact of the matter is that everyone in the, or people in the department knew about this. Remember that, prior to reaching this point of €50million, and this is something that came out this evening, at the very end of the meeting. That they had a County Managers’ Group to oversee the transition and that that group cost €5.7million.”

McGuinness: “It also emerged there was a further report…”

Browne: “How did that cost anything?”

McGuinness: “I have asked for further information on that, but that’s what the office cost – €5.7m.”

McGuinness: “This particular office that would oversee the transition. Now that was on the back of..”

Browne: “Sorry, I don’t see understand it. But these people, county managers are already paid. And, so, was this travel expenses they were getting? Or what did they get?”

McGuinness: “No, it was a cost of putting together that internal group.”

McGuinness: “Yes. As to how the €5.7million was spent and what it was for, we have to seek that from, we’ve sought that from the department, in terms of listing out what that €5.7million was for and ongoing costs, because that group apparently…”

Browne: “This is €5.7million for a group of county managers?”

McGuinness: “A group of county managers who, in their own respective counties, would have been responsible for infrastructure and delivery and it turns out now that they were also members of this group that was involved in the transition. And the cost of that operation…”

McGuinness: “In terms of the office and in terms of their advising, I presume, it cost €5.7million. So, it was at the end of the meeting and we’ve asked for..”

Browne: “Let me understand this now. But. I cannot understand how, bar the costs of tea and biscuits and maybe travel costs, that county managers coming together would cost anything?”

McGuinness: “But Vincent, I can’t understand it either. It’s a figure that simply, I think, amazed people of the Public Accounts Committee and it’s a figure that was sort of dropped in at the end of the meeting, after I asked the question. But the point I’m making is that, prior to to that, there was report done by a consultant, €180.000 it cost the department. So, all of this didn’t just happen yesterday. There was a build-up to all this information and all of these costings and the figures. And it was known by the, cause I asked the question, it was know by the MAC in the department, the Management Committee, and that’s made up of political leadership, senior civil servants and so on, and they discuss this whole thing on numerous occasions. So it doesn’t come as any surprise to me that, within the department, they would have known about the €150million, plus the €30million.”