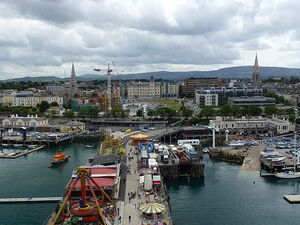 Take-aways, supermarkets and other food businesses across Dún Laoghaire-Rathdown in south Dublin could face fines of up to €500 for supplying single-use plastics to customers.

Dún Laoghaire-Rathdown County Council is set to become the first local authority to ban the supply or sale of take-away plastic containers, utensils, bottles and other packaging, under draft bylaws that will shortly be available for public consultation.

The plastics ban was proposed by Fine Gael councillor Barry Ward, who said he wanted to take a stand against the “wilful proliferation” of single-use plastics.