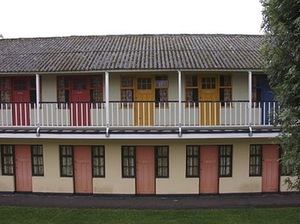 (From top, accommodation at Mosney in Co. Meath and asylum seekers at the centre)

Carl O’Brien, of The Irish Times, reports this morning that the State has paid a total of €800million to private firms to provide accommodation to asylum seekers since the system was rolled out in 2000.

“Today, many of the companies providing shelter are large firms involved in the property, hospitality or catering business. Some have moved to re-register themselves as private unlimited companies in recent years, which means they have no obligation to file accounts. This shields their financial affairs from public scrutiny.”
“In addition, in some cases the beneficial owners or part-owners include companies in offshore jurisdictions such as the Isle of Man and the British Virgin Islands.”

He adds that the five top recipients of funding for direct provision are:

Meanwhile, way back at the beginning: 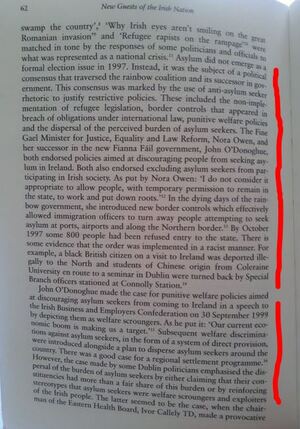 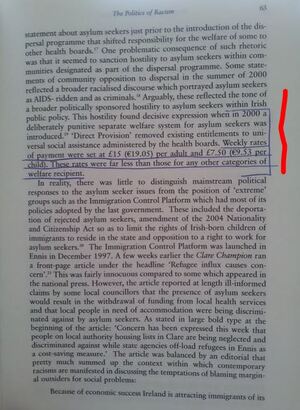 Excerpts from New Guests Of The Nation, by University College Dublin Professor Bryan Fanning. The pages are from chapter five, entitled The Politics of Racism.

New Guests Of The Irish Nation